IPL 2020: David Hussey feels if Andre Russell bats at No.3 and gets to play at least 60 balls, he can even score a double hundred for Kolkata Knight Riders. 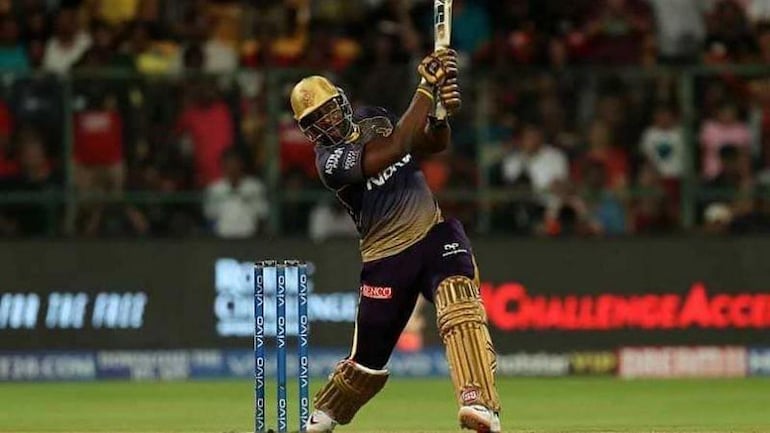 Kolkata Knight Riders mentor David Hussey has backed Andre Russell to bat up the order for the team in IPL 2020 whenever the need arises during their campaign.

Hussey feels if Russell bats at No.3 and gets to play at least 60 balls he can even score a double hundred for KKR.

Russell was KKR’s top-scorer last season with 510 runs from 14 matches at 56.66 with four half-centuries. He hit the most sixes among all batsmen in the league last year, had the best strike rate of 204.81 and picked 11 wickets to complete an all-rounder performance but despite all this KKR couldn’t qualify for the play-offs.

“If it benefits the team and helps us win games of cricket, why not? If that means Andre Russell comes in at three and bats 60 balls, he might actually make a double hundred. Anything can happen with Dre Russ,” Hussey said.

“A fantastic player, he is probably almost the heartbeat of the team as well. “We’ve actually got really a well-balanced team… Anyone can bat in any different position. But if it benefits the team, why not, why can’t he bat up the list.”

Hussey also said that England’s 50-over World Cup-winning captain Eoin Morgan’s addition to the squad this season will be a big boost for the two-time IPL champions and also help skipper Dinesh Karthik.

“He is a huge name, World Cup-winning captain, captain of England for a long time, classy player, classy performer. “He is also going to be a great ally for Dinesh Karthik, maybe fielding in the ring and talking to the bowlers with our captain behind the stumps.

“He is a very cool, calm and collected person. He’s also going to be very heavy in the middle order controlling things. I do expect them to both have a really good relationship on and off the field and I think it’s going to go a long way to having a cool and calm head to winning many games during a very tight tournament,” Hussey said.

Kolkata Knight Riders will open their IPL 2020 campaign against defending champions Mumbai Indians at the Sheikh Zayed Stadium in Abu Dhabi on September 23.

Kaitlyn Bristowe Reveals She’s Suffering From Tendonitis & More While On ‘DWTS’: The ‘Pain’ Is ‘Not Fun’

Anushka Sharma responds to Sunil Gavaskar, asks why she was ‘dragged into cricket’ again: ‘Your message is distasteful’