This stunning mansion with a banqueting hall that featured in hit BBC television series Sherlock is up for sale for a £1.85 million.

The imposing three-storey ‘Sherlock home’ sits in lush gardens in the popular seaside town of Penarth, near Cornwall and boasts considerable character.

It offers family accommodation with four reception rooms, six double bedrooms, four bathrooms, three of which are en-suites, a basement area and study.

But perhaps more than the property’s commanding exterior, it’s the banqueting hall that Sherlock fans will immediately recognise as it was used as the home of the detective’s brother Mycroft.

The episode was called A Scandal in Belgravia and featured Benedict Cumberbatch visiting his onscreen sibling played by Mark Gatiss. 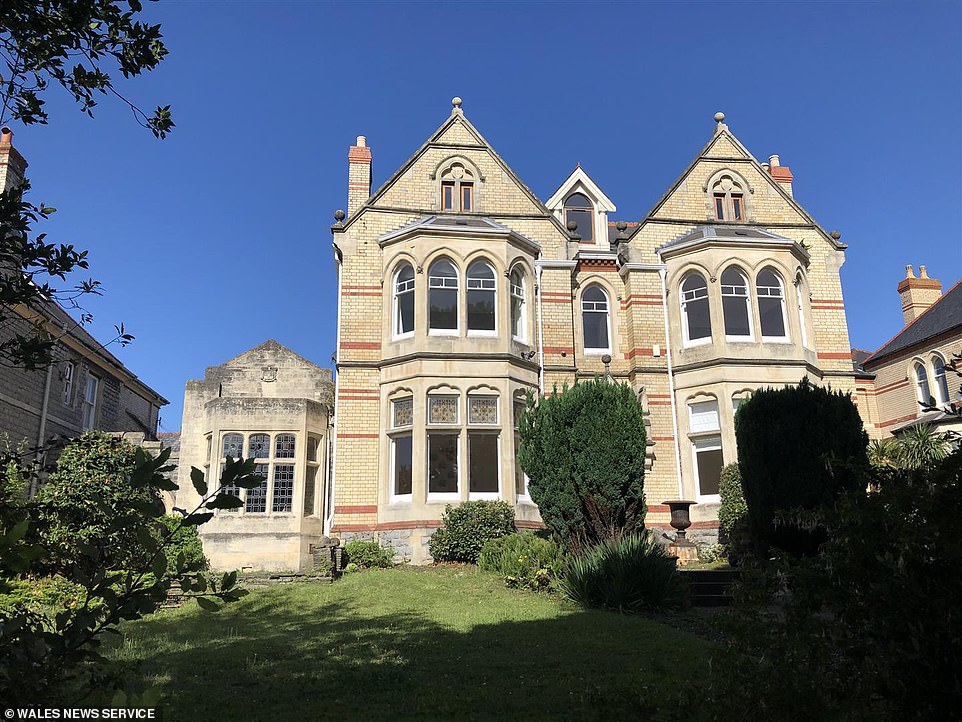 This stunning home in the plush suburb Penarth, near Cardiff, has been made famous in the hit TV series Sherlock and is on the market for a cool £1.85m 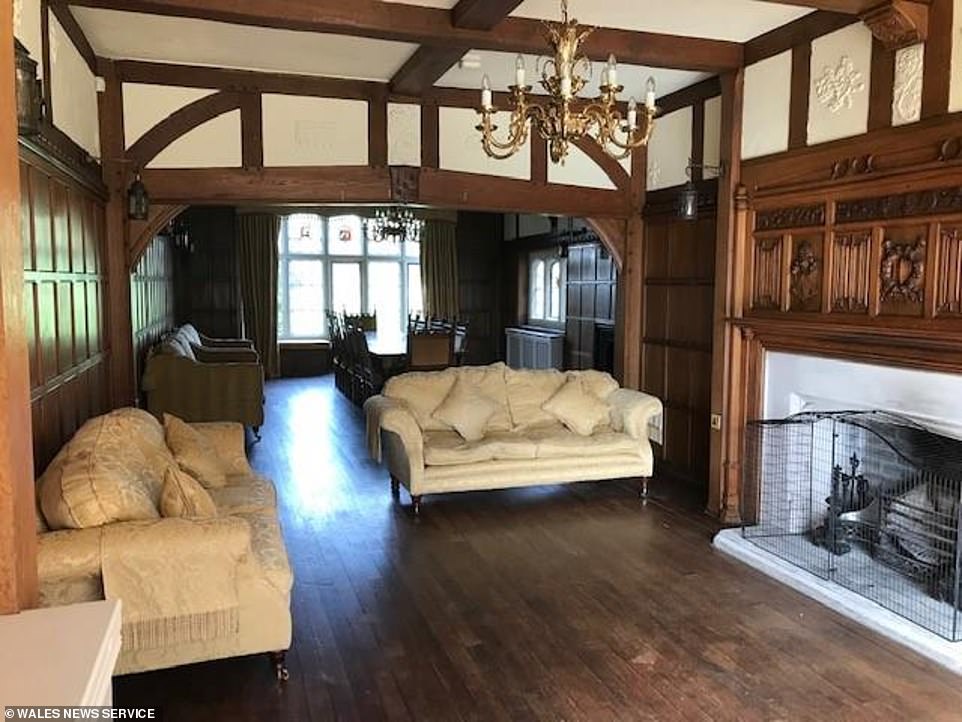 Plush cream sofas in this room with ceiling beams, wood panelling, a cosy fireplace and a chandeliergives this vast space a spectacularly grandeur feel to it

But there is more to this stunning home than just being a star in the TV series.

For this imposing family home boasts considerable character, period features, chandeliers teamed with splashes of contemporary decor to bring it into the 21st Century.

At closer inspection there’s a myriad of reasons why this mansion warrants a hefty price tag. 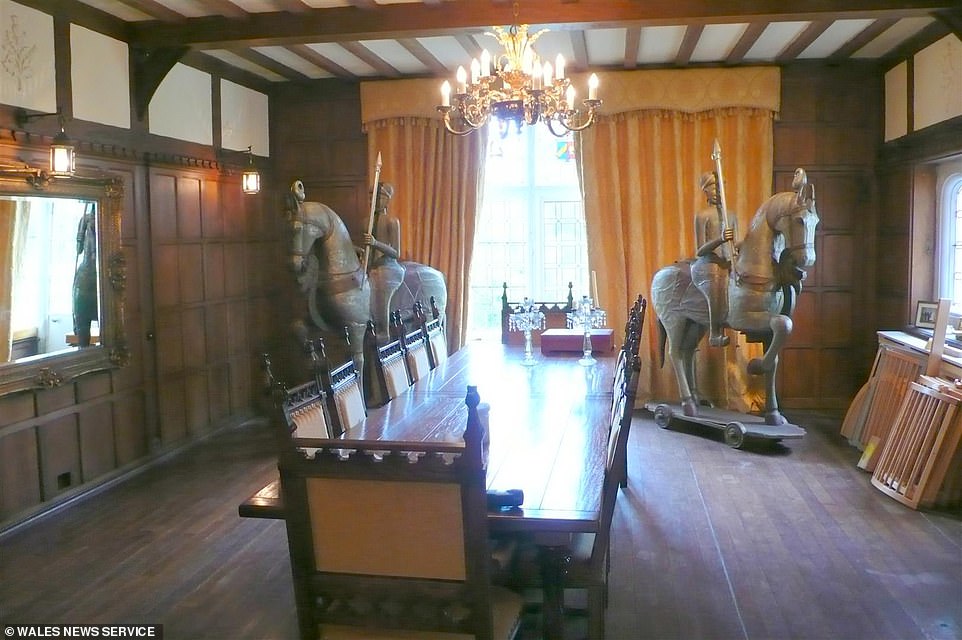 Eye-catching features: Fans will recognise this room including the life-size horses which appeared in the TV show Sherlock but they are moist likely to go with the current owner 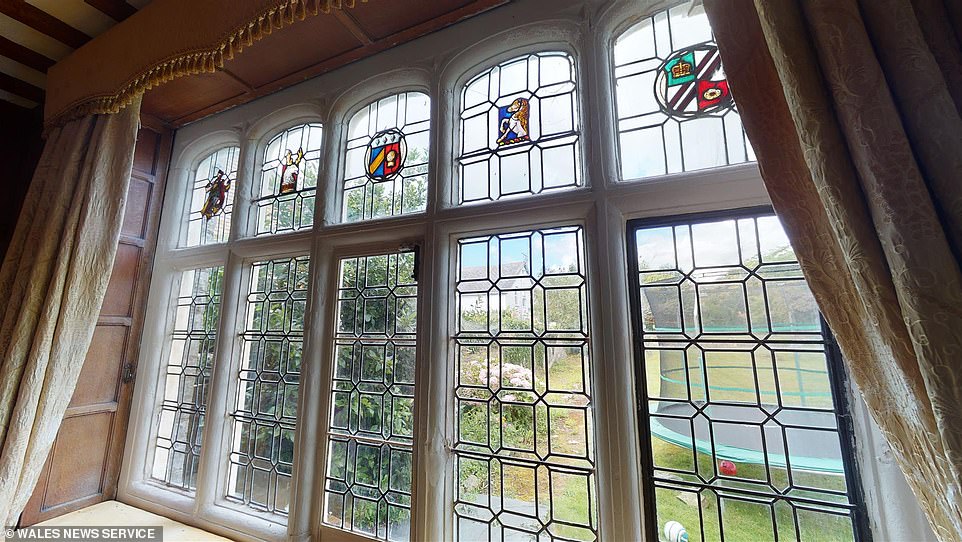 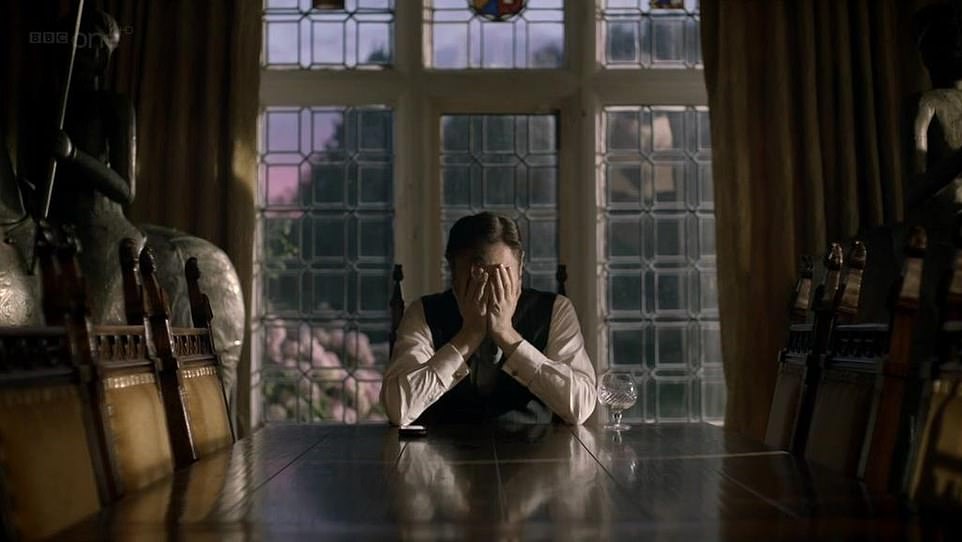 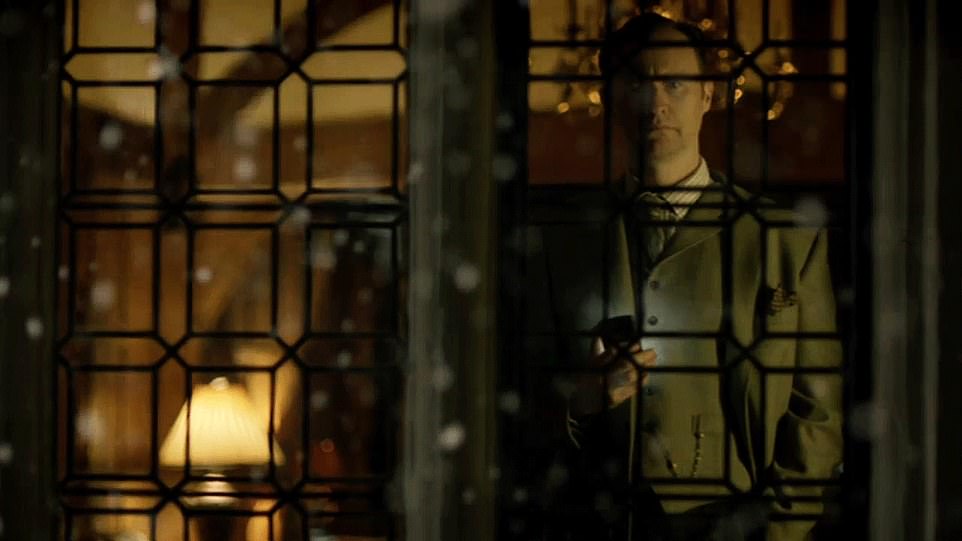 The house featured in an episode of Sherlock, called A Scandal in Belgravia and featured Benedict Cumberbatch visiting his onscreen sibling played by Mark Gatiss (pictured at the property in a scene from the episode)

Period features include wood panelling covering the walls along with decorative plaster friezes and a stone fireplace with a carved wooden mantle.

Buyers hoping to snap up the home in the plush suburb seaside town will be greeted by a light and airy hallway bursting with period features including decorative ceiling coving, archway and doorways. 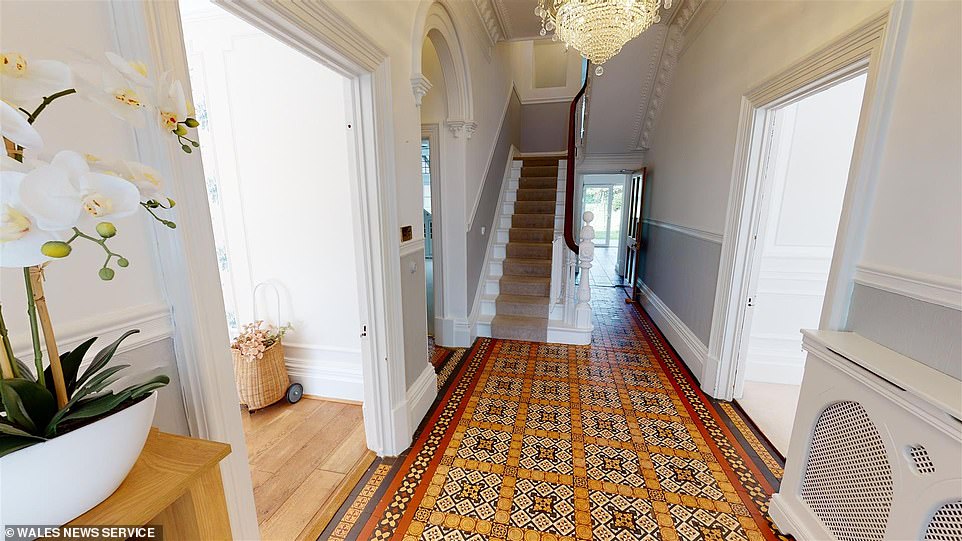 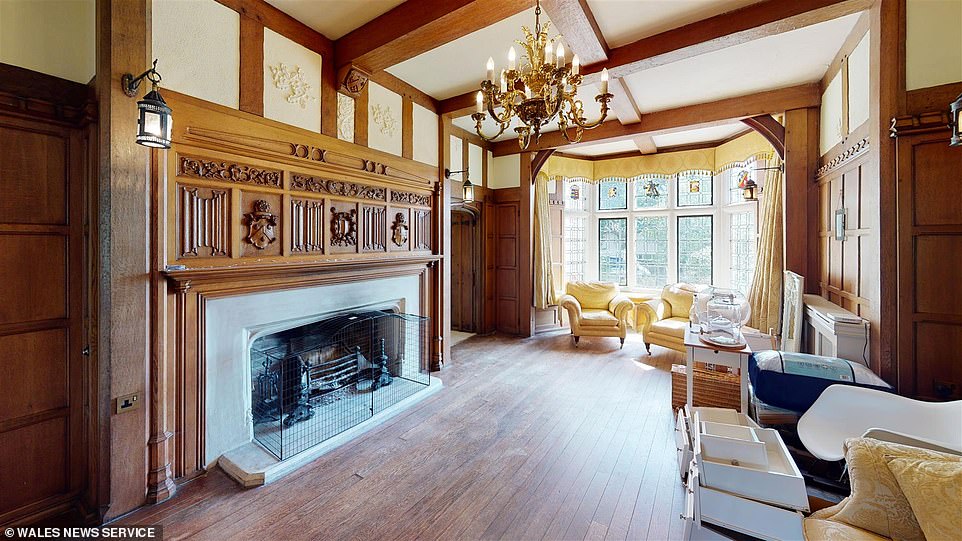 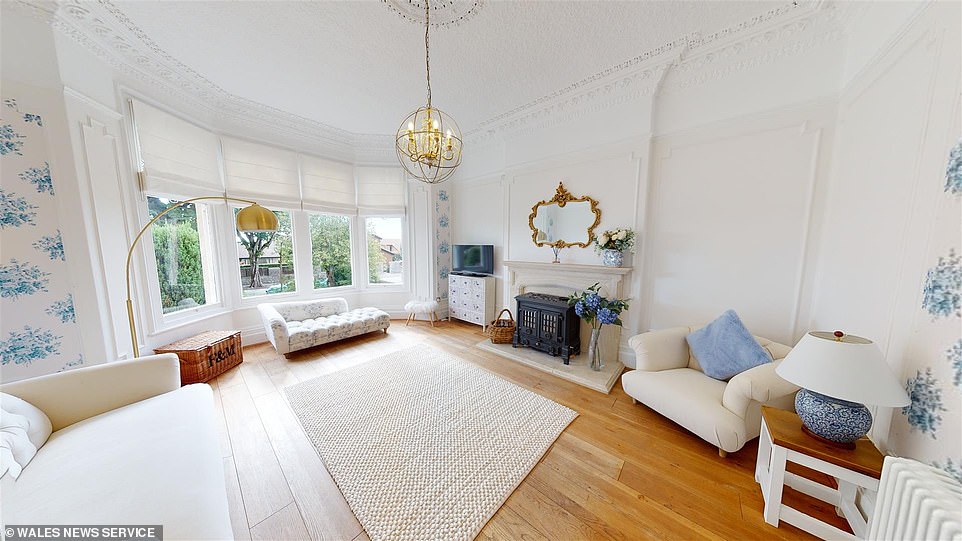 The reception rooms at the front of the house are filled with light from the large bay windows – with chandeliers adding an extra touch of class.

An extra reception has been turned into a playroom fit for a princess and uses wood panels to hide toy storage.

A leaded glass roof also lights the space and a set of French doors lead to the garden. 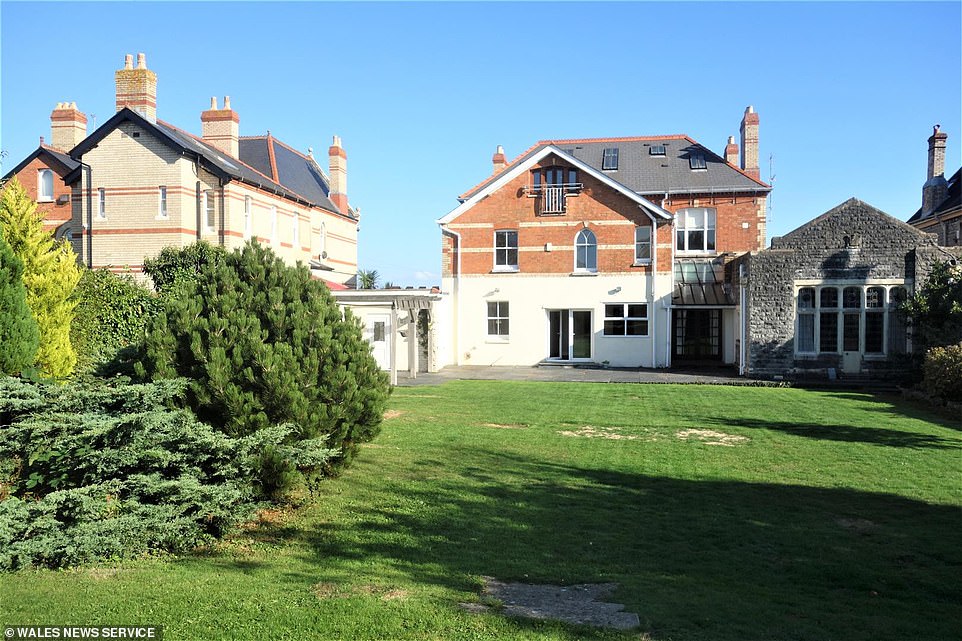 Set on an exceptionally large plot with gardens to front and to the rear and mainly laid to lawn with flower borders, properties like this don’t often come onto the market 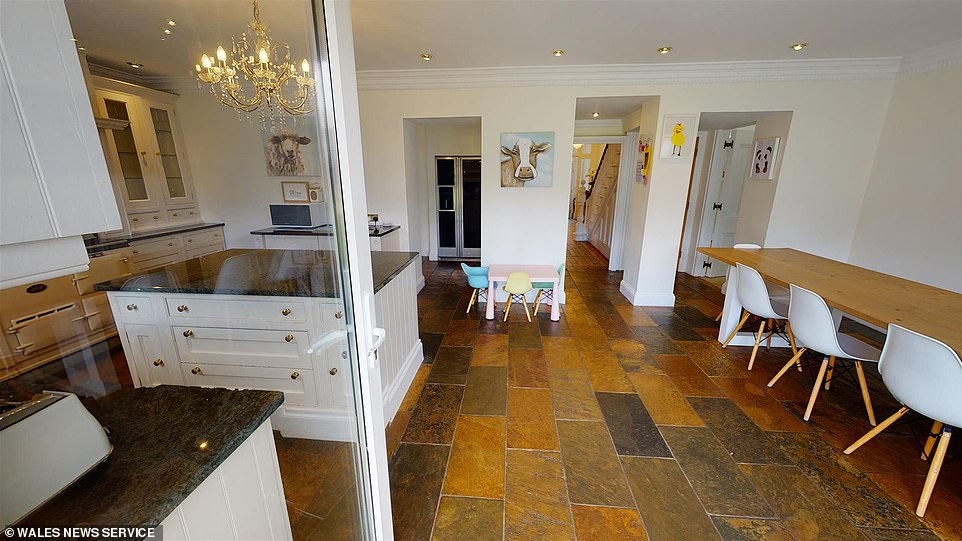 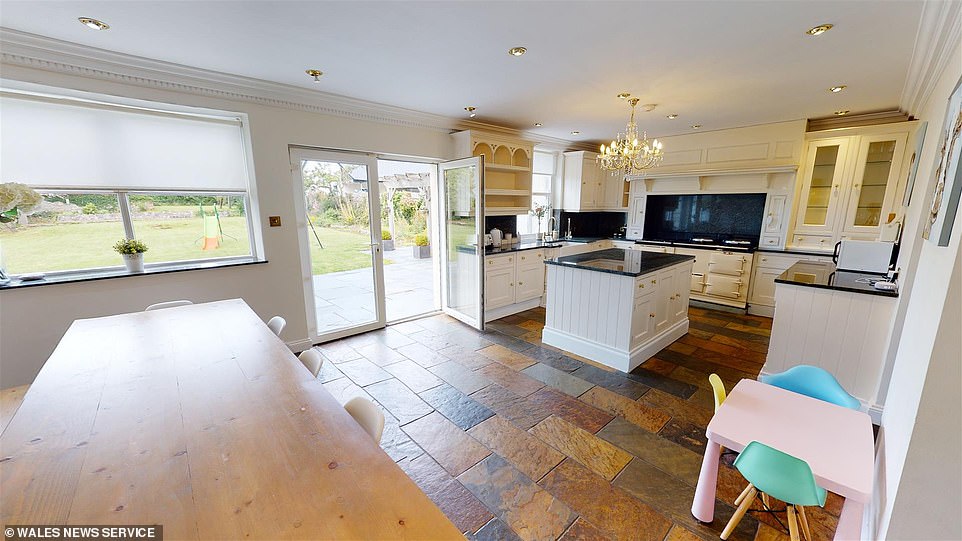 Hub of the house: this kitchen takes centre stage where a real banquet could be cooked up to feed the hungriest of guests

The rear of the property houses a huge kitchen diner perfect for family living – with a Shaker-style bespoke kitchen designed by Clive Christian.

The basement level is used as a wine cellar but could be transformed into a games room.

Three bedrooms can be found on the middle floor along with two family bathrooms and a master bedroom suite with sea views.

The choice of fresh white walls in the bedrooms brings a fresh feel to the home with it’s classic meets contemporary feel. 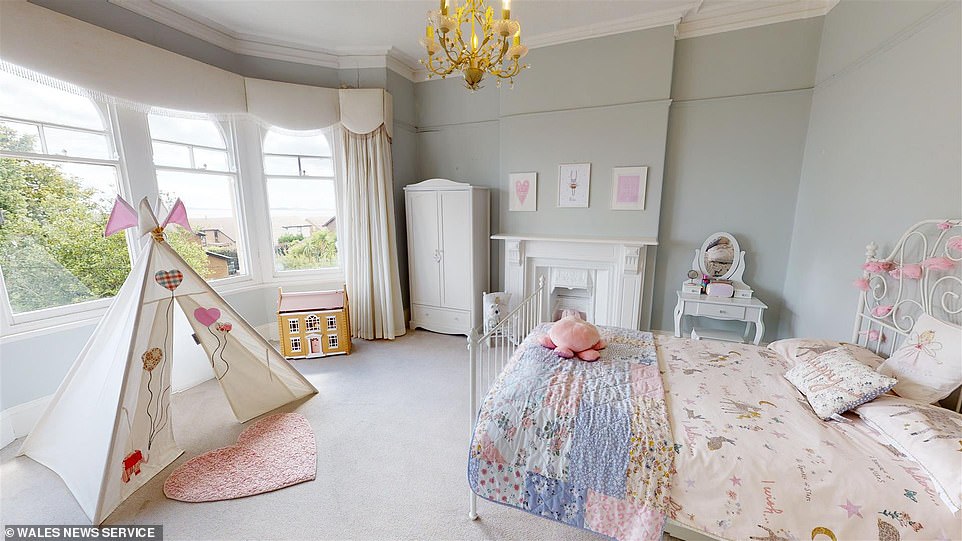 Dream home: One of the six double bedrooms which has ample space, plenty of lighting with magnificent views of the outdoors and into the well manicured gardens 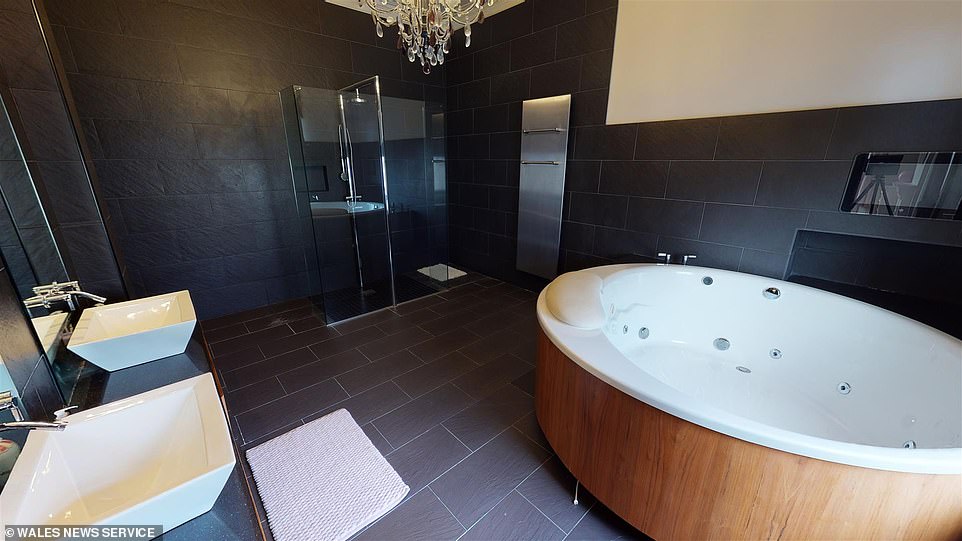 The mastersuite also boasts a huge whirlpool bath and a built-in television screen.

Two more bedrooms with ensuites are situated on the top floor and a sun terrace is also included to enjoy the mature garden and lawn.

‘The property is situated on a generous plot and is only a short walk from the Esplanade with its Michelin star restaurant, cafes and bars.’ 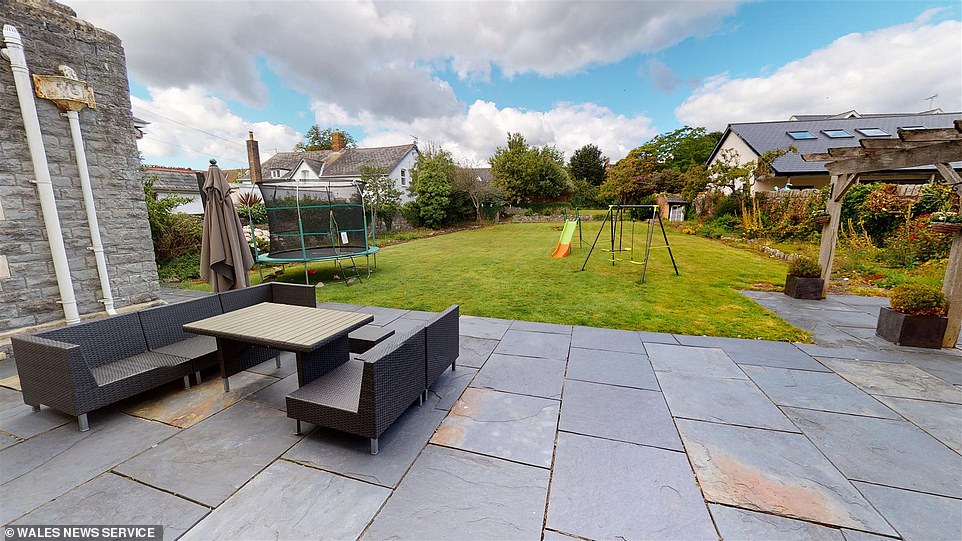 Space is certainly not an issue at this Victorian property both inside and out. You can will away hours in this garden over a cup of tea as you admire the gardens 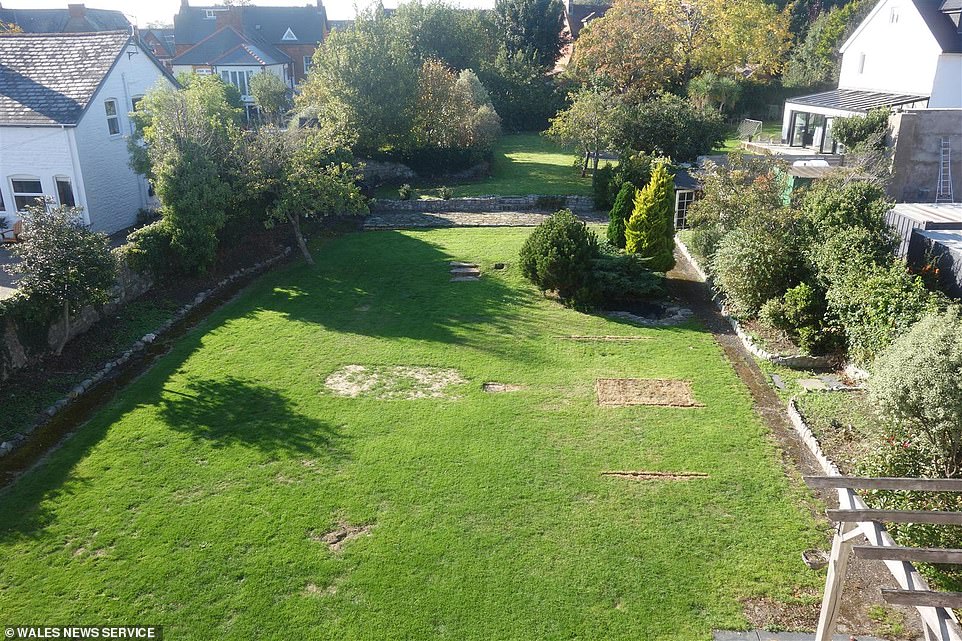 The property boasts ample space and is just a short walk from the Esplanade with its Michelin star restaurant, cafes and bars 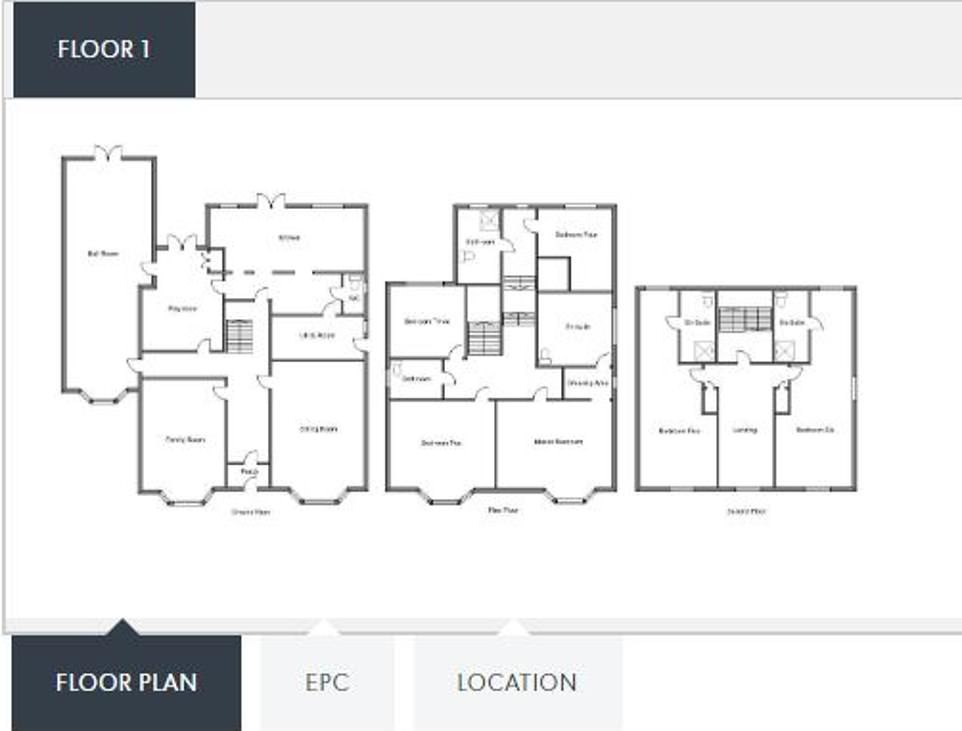 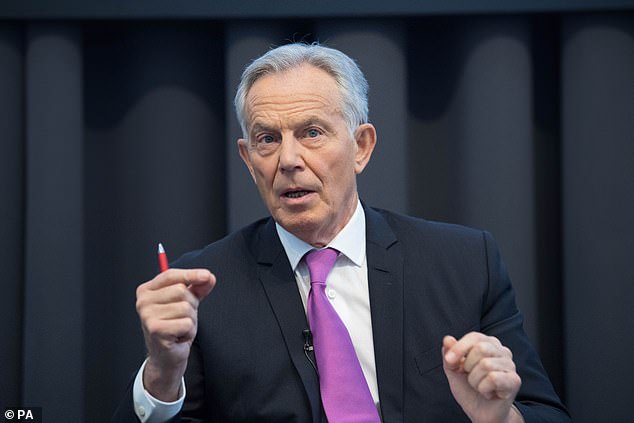 TONY BLAIR: How we can make this the last UK’s last Covid lockdown