By Christopher Stevens for Daily Mail

We all know what people-traffickers look like from Euro crime dramas — slab-faced gangsters in suits with elaborate tattoos and designer sunglasses.

The modern-day slavers picked up by Devon and Cornwall officers in the first episode of a new police documentary, Call The Cops (C4), were nothing like that.

One, the skipper of a boat that brought 29 exhausted Vietnamese into Newlyn harbour, looked like a Toby jug that had been dropped and glued back together badly.

His three accomplices were scrawny, weaselly men with barely a full set of teeth between them. 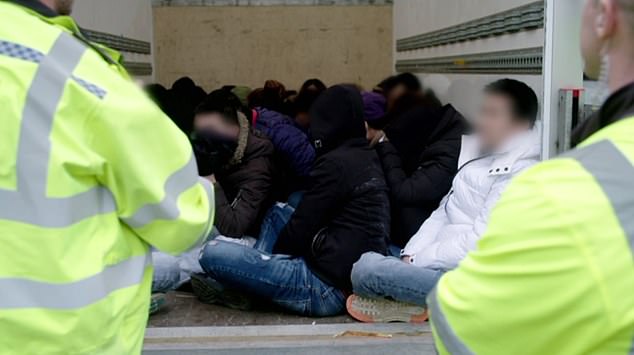 The modern-day slavers picked up by Devon and Cornwall officers in the first episode of a new police documentary, Call The Cops (C4), were nothing like that 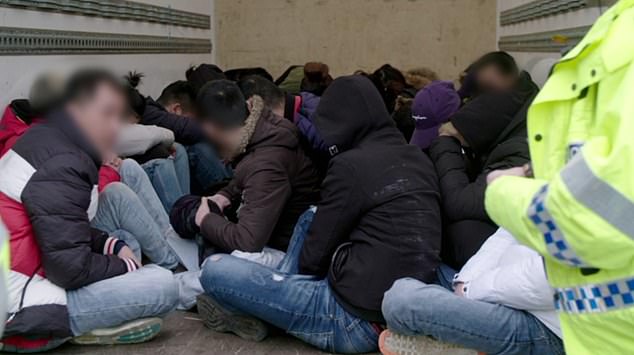 Common-or-garden toerags, all: but the misery and chaos they caused could hardly be exaggerated

Common-or-garden toerags, all: but the misery and chaos they caused could hardly be exaggerated.

After a member of the public spotted migrants being herded into a Luton van on the dockside, it seemed half the force was mobilised to find them.

Unmarked police cars headed for the motorway in response to sightings and a helicopter was scrambled to track the van.

When officers moved in, they found the victims huddled, hungry and confused in the back of the van. Some had not eaten for five days. Officers using translation apps on mobile phones discovered these people had left their homes in south-east Asia a year ago, and had been limping towards England ever since.

I hope Banksy was watching. The millionaire graffiti artist has been salving his humanitarian conscience and parading his Left-wing credentials by helping to fund a former French navy vessel — the SS Virtue Signaller — that patrols the Med, picking up migrants off the North African coast and shipping them to Europe.

The more people like him encourage migrants with publicity stunts, the more desperate souls will place their lives in the hands of evil traffickers. How thick does Banksy have to be, not to understand that?

We glimpsed the fate of those smuggled in when police raided a cannabis factory in a Cornish town. Two Vietnamese men were locked in the growing room, without a toilet or proper food. 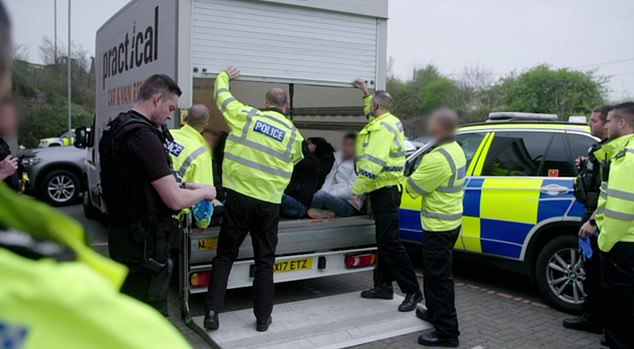 We glimpsed the fate of those smuggled in when police raided a cannabis factory in a Cornish town. Two Vietnamese men were locked in the growing room, without a toilet or proper food

They were prisoners, forced to work without pay. The toll on other police work was overwhelming.

With so many officers diverted to catch the traffickers, a growing list scrolled up the screen, cataloguing 999 calls and pleas for help that had to go unanswered. One senior cop in the incident room was close to despair. ‘We’re not in control,’ he admitted.

Actress Sheridan Smith was fighting to stay in control of her emotions, in a candid portrait filmed during the later months of her pregnancy this year, Becoming Mum (ITV).

The star’s battles with drink and depression have played out in public, and worsened following the death of her father Colin from cancer in 2016. But she has never talked so frankly about them before, and her openness is timely: countless women must be struggling with anxiety and mental health problems as she has during lockdown.

But every actor ought to expect a little mockery at these events. It’s a tradition, a reminder that every plaudit comes with a brickbat. Sheridan spoke eloquently about her torments, though.

The negative voices in her mind, she said, were like a crowd of malevolent little creatures, and her breakdown was ‘like a bomb went off in my head’.

Her courageous honesty will have given strength to a lot of people.