Almost a million people could eventually jet into space with Virgin Galactic, sending the company’s revenues sky high, according to new research announced on Monday.

Virgin Galactic on June 25 completed its second test flight from its new base in New Mexico – an extraordinary ‘spaceport’ from where the paying astronauts will take off. All of the previous test flights were from their site in California’s Mojave desert. 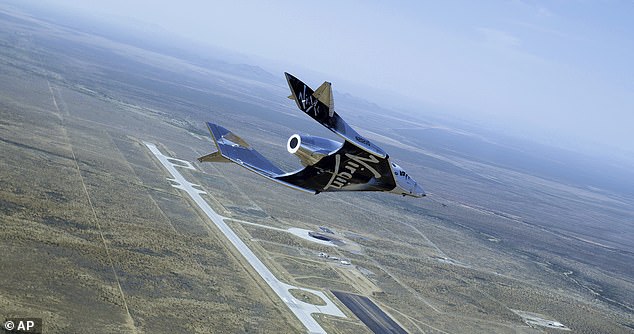 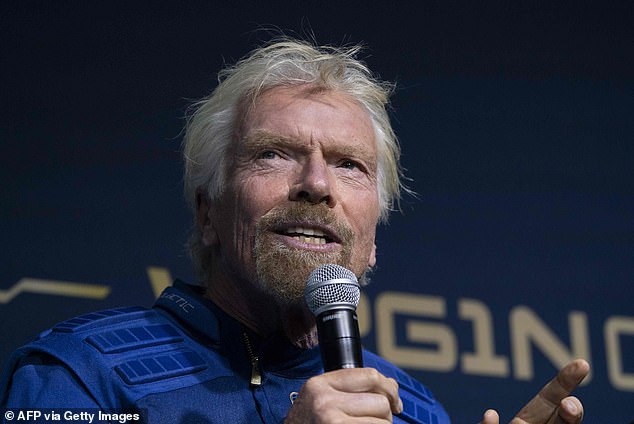 There are still a few more test flights to be done this year, and passengers paying $250,000 are expected to start flying early in 2021 – with Branson on the first flight.

Oliver Chen, an analyst for Cowen, said on Monday that they had found ‘a high level of interest among high-net-worth individuals’, according to the note obtained by CNBC.

They classed ‘high-net-worth individuals’ as those with a fortune of at least $5 million.

Of those individuals, about 39 per cent are interested in paying at least $250,000 for a ticket.

So far around 600 people have signed up – among them Ashton Kutcher, Leonardo DiCaprio and Justin Bieber. 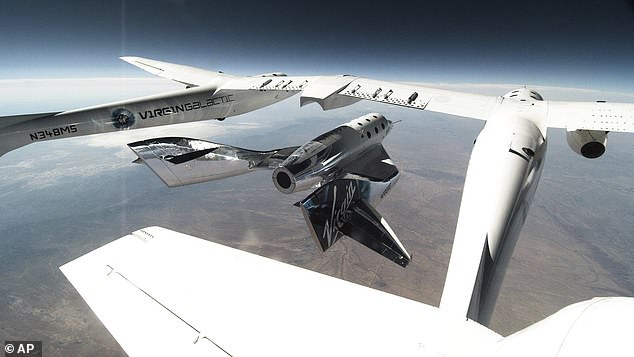 The space ship takes off attached to a mothership, and is released before rocketing skywards

‘The market for space travel is gigantic,’ said Branson in December 2018, when the first test flight reached space.

‘The price will go up a little bit in the short term, and then in the next three years it will come down. And the more space craft we build, the lower the price will become.’

Chen wrote that one of the biggest challenges to the business was ‘supply contraints’.

The company currently has one spacecraft flying and has announced plans to build as many as five more in the coming years, with two currently under construction at their Mojave operational center.

Each spacecraft can carry up to six passengers on a flight to the edge of space, in addition to the two pilots that fly it. 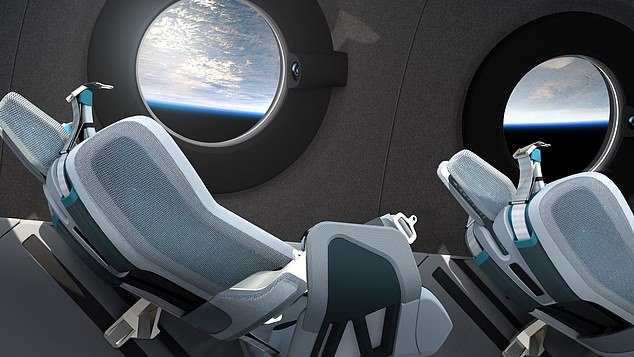 Cowen estimated that, if Virgin Galactic builds 11 spacecraft by 2030, the company could ‘potentially fly ~3,400 passengers per year,’ with flights nearly every day.

‘We believe a substantial growth opportunity lies ahead with the commercial spaceflight business, which already has ~600 reservations.’

Shares of Virgin Galactic rose about 3 per cent in trading from its previous close of $17.46.

Cowen began research coverage of Virgin Galactic on Monday, giving the stock an ‘outperform’ rating and a $22 price target – meaning the firm expects shares will rise 26 per cent in the coming year. 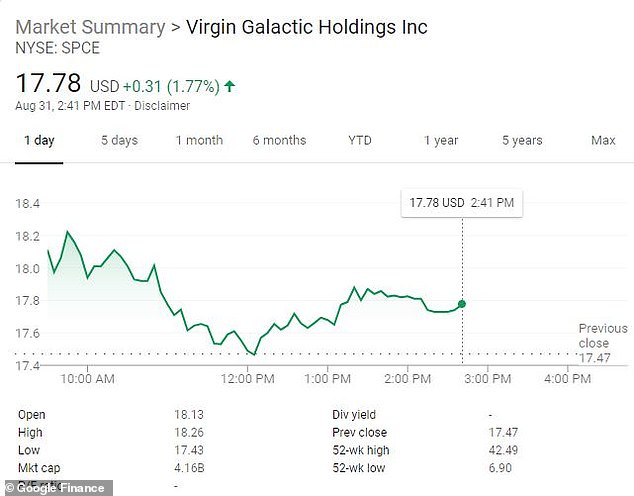 Virgin Galactic is believed to be on track to outpace its rivals, Blue Origin, owned by Jeff Bezos, and Elon Musk’s Space X in the race to get paying passengers into space.

Both Bezos and Musk have taken a different approach to Branson.

Bezos’s model will not have pilots inside the capsule, and will be controlled from the ground.

Musk is focusing on taking one person around the Moon. A Japanese billionaire has paid $2 million for the opportunity, and expects to go into space in 2023.