Too many believers think that once they get married, all their sexual woes will disappear. And for the person who saved themself for marriage, sex will be perfect and free from shame.

Yet, oftentimes shame does still exist within marriage, especially for women, because sex wasn’t talked about in a good and healthy way at all. All they heard was sex is bad and that stigma is hard to shake, even within marriage.

Hopefully, by having these types of conversations within the church, we’ll begin to chip away at the stigma sex carries into marriage. A little less shame surrounding the topic and a little more honesty.

6. Don’t Let Shame about Sex Make You Hide from God

Shame is a major player in the sex-positive Christianity movement—to free people from having to feel shame around sex. Now, does God want shame tied to sex? No, I don’t believe so because He created it to be a good gift.

But when we abuse that gift and enter into the sin realm, that’s where shame lives. It’s not God’s desire for us, but it is a natural consequence to sin. Any sin, not just sexual.

What shame does is it comes into our sin state and it tells us to hide from God. It happened to Adam and Eve when they realized they were naked. It happened to me after I had sex with my boyfriend. Its danger is that it tries to drive a wedge between God and yourself. That’s Satan’s use of shame.

But shame also shows us there is sin there in the first place. So, while God doesn’t want us to live in a state of shame and give it power, I do believe it serves as a way to show us where we failed so we can repent and return to Jesus.

When you engage in sexual immorality, shame often enters the picture. It should. If it doesn’t, that’s a scary place to be—your heart is hardened. But when it does enter, allow it to show you your need for Jesus, humbly repent, and turn back to Him. That’s when shame loses its power! When you confess your sins, He is faithful to respond:

If we confess our sins, he is faithful and just to forgive us our sins and to cleanse us from all unrighteousness. – 1 John 1:9

Listen, sin leads to shame and you’ll feel that when you fail God in any area. But it’s not a condition you have to live in. Resist the inclination to pull away from God in your shame and instead turn to Him.

Repent and find sanctuary under His wings. When you do that—when you come to Jesus—He will make you a new creation and lift the shame. Is There a Right or Wrong Way to Give Thanks? 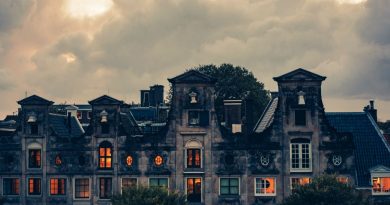 13 Crucial Ways the Bible Differs from Other Religious Texts