Backstreet Boys’ AJ McLean, 42, ‘set to join Dancing With The Stars’… as he teases big announcement while showing off newly-toned physique

By George Stark For Dailymail.com

Backstreet Boys’ AJ McLean is set to join Dancing With The Stars after teasing a big announcement on his Instagram.

McLean, 42, took to his social media on Monday to show off his newly toned physique, and Entertainment Tonight claim he’s shaping up to appear on season 29 of the hit ABC show, which premieres next month.

‘A lot of surprises coming from me,’ McLean teased to his Instagram followers. ‘I can’t tell you guys exactly what yet but I’m doing this for two reasons: one, to get in the best shape of my life, and to be healthy and to be happy, physically, mentally, and emotionally.’

Quit Playing Games! Backstreet Boys’ AJ McLean has been teasing a big announcement, and ET reports he is set to join Dancing With The Stars

He added cryptically: ‘…and there’s something else coming up. Can’t tell you what it is but believe me you’ll know why based on that.’

McLean also revealed how he has been on a food regime saying: ‘I’m on a very strict diet, grain-free, gluten-free, sugar-free, no sodas of any kind, and’ completely sober for almost nine months.’

‘This amazing, but rigorous, workout is all due to my amazing trainer, Mr. Bobby Strong. He’s been a huge asset in my transformation, trying to get myself prepared and ready for what’s to come in the next few weeks.’

DailyMail.com has reached out to ABC for comment on the news. The full line-up of celebrities is said to be revealed on September 2 on Good Morning America. 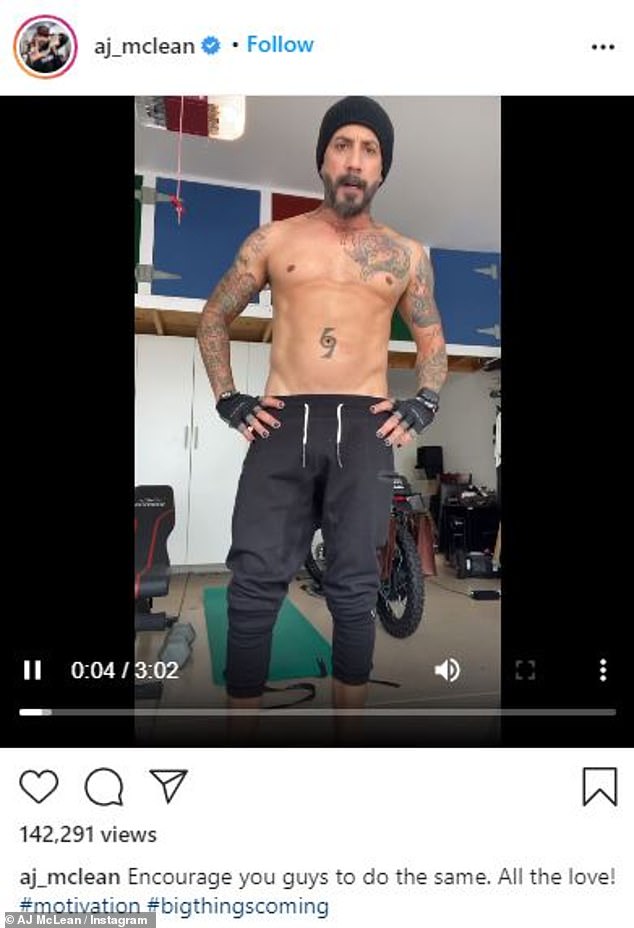 Larger than life: AJ reveals his buffed up physique is down to a strict training regime 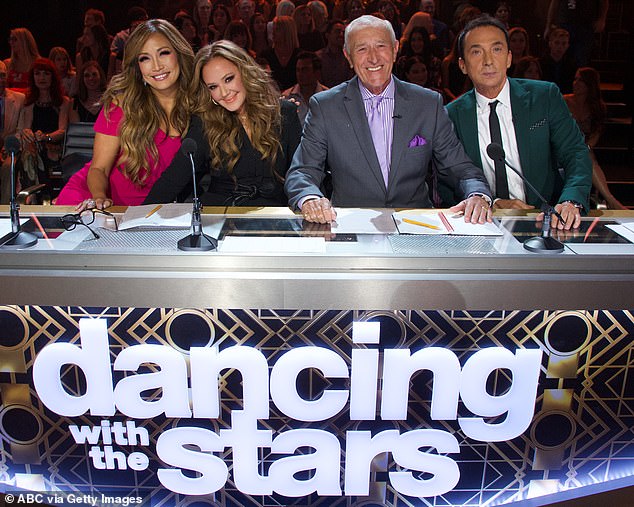 Coming back soon: Dancing With the Stars, which premieres Monday, Sept. 14 at 8 p.m. ET/PT on ABC 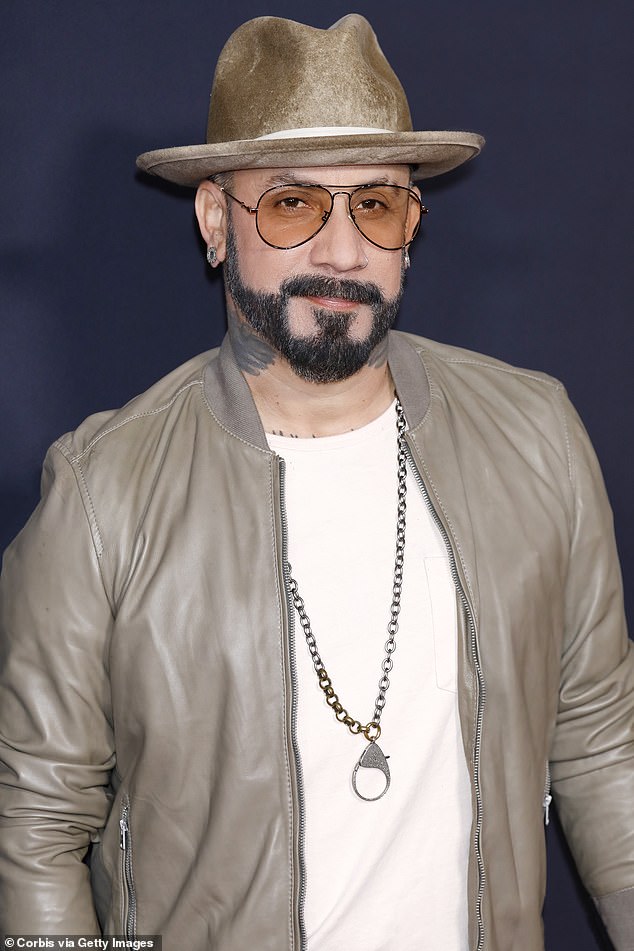 I want it that way: AJ has been making sure he’s in tip top shape lately

The Bachelorette’s Kaitlyn Bristowe is one of the only confirmed contestants so far, who has been documenting her DWTS journey on Instagram recently.

Chris Harrison surprised Kaitlyn with the news during her episode of The Bachelor: The Greatest Seasons – Ever! in June.

The reality star then posted a snap of her showing off her abs, revealing that she had already begun training: ‘My body at 35 feels strong and ready to dance.’ 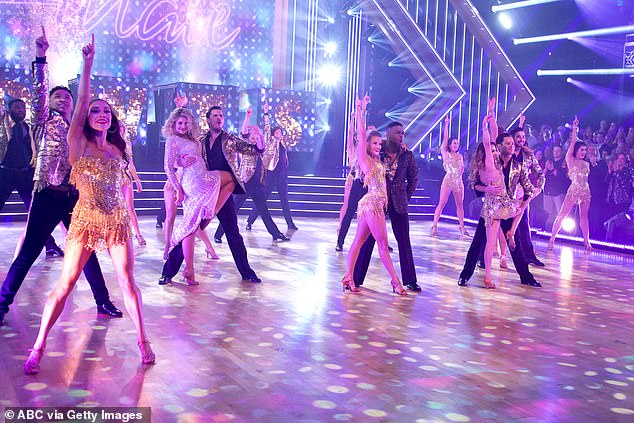 Rumored: Stars including Charlie Sheen and Christie Brinkley are in the pipeline this year

Last December, Rob Mills, ABC Entertainment’s senior VP of alternative series, said they were also trying to get Charlie Sheen on board once again.

He also revealed that they are going after Christie Brinkley, after she signed on for season 28 but had to pull out after breaking her wrist days before the premiere and was replaced by her daughter Sailor Brinkley-Cook.

Former Pittsburgh Steelers linebacker Ryan Shazier is also said to be a hot contender, after he was left nearly paralyzed in 2017, but has since learned how to walk again after spine surgery.

Despite all the speculation about the show, it has yet to be given a specific air date, though rehearsals are rumored to start next month. 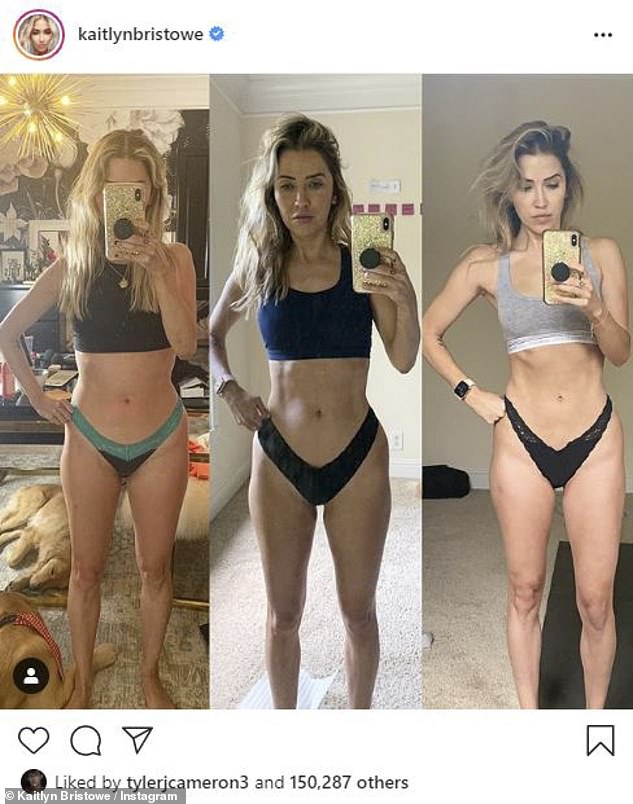 So far: The Bachelorette star Katilyn Bristowe has also revealed her DWTS fitness journey on Instagram Rebel Wilson’s Hairstylist Tells You How to Get Her New Layered Cut, Fringed Bangs & Color