Shocking footage has emerged of a man poking a three-year-old Beluga whale at an aquarium.

In the video, filmed in Shenzhen, south China, on August 12, the man is seen poking and squeezing the whale’s head to show nearby children how soft it is.

The man, possible an aquarium employee, said he spends time with the whale, named Dabai, every day and has built a relationship with the mammal. 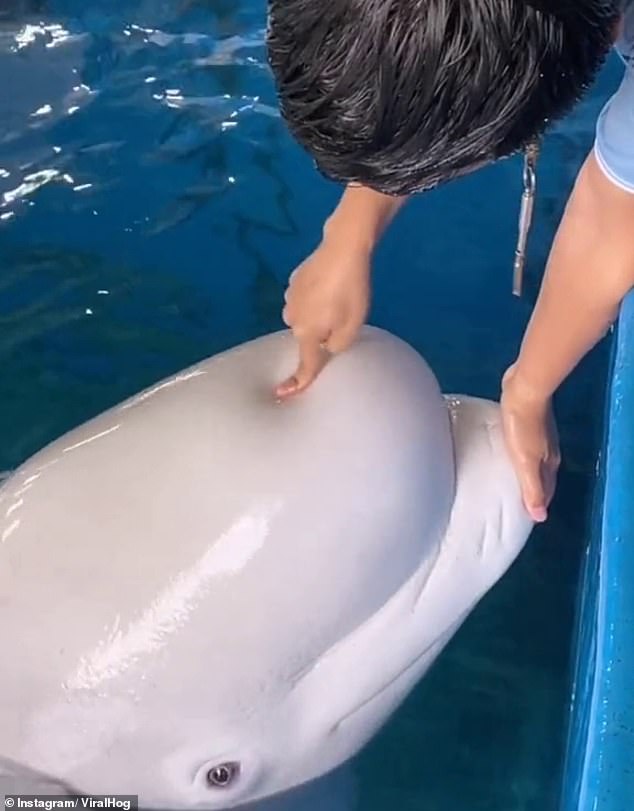 ‘Our relationship is very good. It is very good most of the time, but sometimes it is very naughty and will spray water at me,’ he said.

‘In this video, I’m touching its head and its head is super soft.

‘Then it laughs super cute. I chat with it every day and it uses movements to respond to me.’

But not everyone saw the video as ‘cute’ with some taking issue with the man’s actions.

‘It’s not safe to poke a Beluga’s head,’ one concerned viewer wrote.

The bulbous part of a Beluga whale’s head is the called the ‘melon’ and is an organ which directs and changes the frequency of the animal’s sound waves.

The area is soft because it is filled with oil and wax, with the brain is well protected behind the melon and inside the skull. 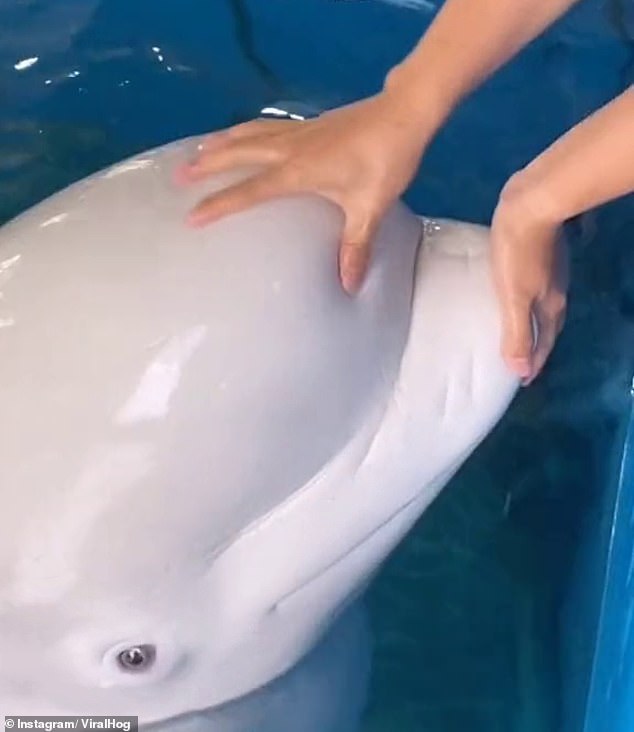 The man in the clip said he is with the whale, named Dabai (pictured), every day and has built up a relationship with the animal however the video has attracted the ire of some online Could a second stimulus check be higher if approved before the end of the year? | The State

Attention! Deadline to Register to Vote Approaches on November 3 in NYC | The NY Journal