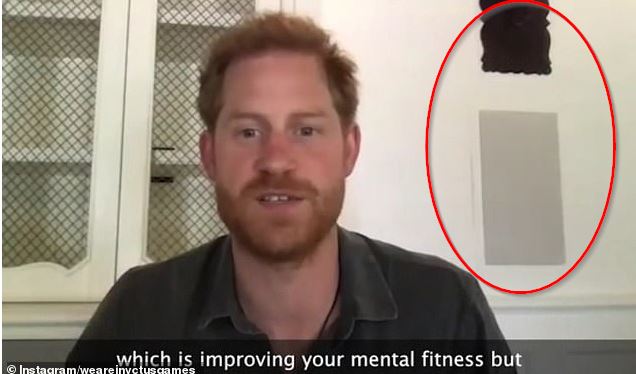 Eagle-eyed royal fans have spotted a selection of ‘paint swatches’ on the wall of Prince Harry and Meghan Markle’s new Californian mansion, days after it emerged the Duke and Duchess have bought their own home.

On Saturday, the Duke of Sussex, 35, joined athletes participating in his Invictus Games competition,for a video call from his mansion in Montecito to discuss how important it was to ‘check in on each other.’

And in the background of Prince Harry’s call royal fans noticed two large squares in black and grey tones, with Instagram account @_duchess_of_sussex questioning if the couple were using the ‘paint swatches’ to decide on wall colours for their new home.

The Duke and Duchess bought the sprawling nine-bedroom and 16-bathroom mansion in upscale Santa Barbara, for $14.65million on June 18, making them neighbors with celebrities Oprah Winfrey and Ellen DeGeneres, according to DailyMail.com.Duke of Sussex praises ‘resilience’ of Invictus Games competitorsLoaded: 0%Progress: 0%00:00PreviousPlaySkipMuteCurrent Time00:00/Duration Time10:45FullscreenNeed Text

Royal fans couldn’t help but notice several squares of colour behind the Duke of Sussex, 35, during a recent video appearance, with some suggesting they could be paint swatches

During the video call, the Duke offered a glimpse into his home, sitting down in a bright room painted in a fresh white colour.

However fans couldn’t help but spot the squares of block colour painted over Prince Harry’s shoulder, with some speculating the couple may already be renovating their new mansion.

Meanwhile Meghan offered a glimpse into their home during an interview with the 19th* co-founder and CEO Emily Ramshaw on Friday.

The mother-of-one sat down for a one-on-one virtual interview with Emily, and showcased the space filled with lavish decor.

The room boasted a bright and airy feel thanks to the white-painted walls with a gloss finish, as well as an eye-catching, large, four-panelled window.

With a walnut-looking wood frame, the window offered spectacular views out over the garden to rolling Montecito countryside – with giant trees also overlooking a perfectly-cut hedge.

Her room was finished off with white potted plant which was placed on a glass-top coffee table.

And at the end of July, Prince Harry appeared via video link to deliver the opening speech at a virtual global summit for his sustainable tourism project Travalyst, offering another glimpse at a wooden panelled corner of their new house.

The eye-watering costs of running their home

The Sussexes took out a multi-million-pound mortgage to buy their spectacular home.

Sources say the couple are ‘proud’ to have bought the home without help from family.

Deeds show they took out a £7.25million mortgage to be paid back, plus interest, by 2050 – indicating they put down a deposit of around £3.8million.

This is on top of the cost of maintenance, cleaning, staff and security and utilities which could run into tens of thousands of pounds a month.

The couple are also paying back the £2.4million spent on renovating Frogmore Cottage in £18,000-a-month instalments.

It is not clear how the duke and duchess will pay for all of this. When they quit royal duties they made a point of stressing that they wanted to become financially independent

The style is very similar to the interior of Meghan’s Toronto home, where she lived before joining the royal family.

The entrance to the property opens onto a wide lane paved with hand-cut Santa Barbara Stone that leads through a grand archway of trees to the main residence, according to Zillow.

It also boasts a two-bedroom, two-bath guest house, perfect for Meghan’s mother Doria, who is acting as one-year-old Archie’s nanny. Doria has already been to the house, TMZ reports.

The home’s seller is thought to be Russian tycoon Sergey Grishin who bought the ‘palatial’ mansion for more than $25million in 2009 and had tried to sell the home for up to $34million before eventually accepting a loss.

Grishin is also the former owner of a different California estate – known as the Scarface mansion because it appeared in the 1983 Al Pacino movie – which sold for a similarly cut-price $12million in 2015.

Surrounded by lush green gardens and overlooking the sea, the home has been described as a ‘hidden paradise’.

One estate agent who spent an hour inside said it was ‘designed for someone who never wants to leave home’.

Brett Buschbom said: ‘I went through this house and an hour later I’m coming out like “wow”, the whole bottom floor felt like a resort with steam room, massage room, sauna, Jacuzzi, full bar, arcade and one of the most amazing wine cellars and that was just the basement.’

The crisp monochrome style appears remarkably similar to the interior of Meghan’s Toronto home, where the then-actress lived while working on Suits

The Sussexes are said to have been living in the house for the last six weeks, after moving 90 miles along the coast from a mansion in Los Angeles where they were house guests.

While it is unknown if the couple have plans to transform their new home, the Duke and Duchess previously worked with interior designers to achieve the perfect look.

Last year, Meghan was understood to have enlisted Vicky Charles, former Global Head of Design at Soho House and a favourite of A-list celebrities, to work her magic on Frogmore House.

Speaking previously, Ms Charles has noted her Soho House interiors brought together the ‘grit and the glamour’.

The overall feeling is one that is eclectic yet pulled-together, rooms that feel cohesive but are not overly rigid or matchy. 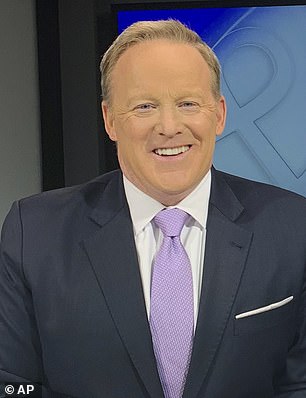 1MDB case : Biggest Financial Scandal of the world, The playboys, PMs, Hollywood celebrities and partygoers around a global financial scandal Pot grower, 41, sentenced to life for 2012 kidnapping and torture of marijuana dispensary owner