Prince Harry and Meghan Markle phoned a fan linked to a Twitter troll that posts foul-mouthed attacks on the Royals to thank her for her fundraising.

The fundraiser, who the Duke and Duchess are said to have told they were ‘so moved and happy’ after she raised £45,000 for charities, runs another Twitter account which has posted a thread of nasty comments about the Royal Family.

Posts referred to Kate, the Duchess of Cambridge, as a ‘b****’ and Prince William as an ‘a**hole’, while another called the Monarchy a ‘s***, messy, toxic institution’.

The Duke and Duchess, pictured in New Zealand in October 2018, are said to have told the woman they were ‘so moved and happy’ after she raised £45,000 for charities

The fundraiser is said to run another Twitter account which has posted a thread of nasty comments, two examples pictured above, about the Royal Family

The woman, called Dani Trin, said she is not responsible for the vile posts, according to The Sun.

One tweet from the account henryscousin read: ‘#MeghanMarkle is not one of your little ugly a** british aristocratic vapid do-nothing b*****s and y’all gonna learn.’

Another said: ‘Meghan after having to deal the wedding dress, tiara, venue, flowers, food, music, her father’s imbecility and this b**** throws a tantrum in the middle of her bridesmaids’ dress fitting over some tights.’

A third post added: ‘The way that Harry and Meghan aren’t part of that s***, messy, toxic institution anymore is most pleasing to me.’

The account appears to have since been deleted, but other users called Henry’s Cousin have also tweeted about the Royal Family under different handles.

It follows Prince Harry saying earlier this month that social media was stoking a ‘crisis of hate’, and urging companies to rethink their roles in advertising on digital platforms.

Kate, the Duchess of Cambridge, pictured talking to CEO Baby Basics UK Cat Ross during a visit to Sheffield on August 4, was targeted in the vile tweets

In an opinion piece for U.S. business magazine Fast Company headlined ‘Social media is dividing us.

‘Together, we can redesign it,’ Harry said that social media, as it currently stands, is ‘unwell’.

Harry said he and Meghan started their social media reform campaign at the same time as the launch of the Stop Hate for Profit movement in June.

That campaign was launched by a coalition of non-profits who urged companies to stop advertising on Facebook until the Mark Zuckerberg-owned firm more effectively tackled hate speech on its platform.

Prince Harry, pictured in February, said earlier this month that social media was stoking a ‘crisis of hate’, and urging companies to rethink their roles in advertising on digital platforms

Enlisting the support of more than 1,000 companies, the Stop Hate For Profit campaign ‘sent a $7billion message through withheld ad dollars,’ Harry wrote.

The 35-year-old continues that while most people enjoy the likes of Facebook, Twitter and Instagram, because its presented as a free way to access entertainment and information, Harry insists, ‘it’s not actually free; the cost is high’.

‘Every time you click they learn more about you. Our information, private data, and unknown habits are traded on for advertising space and dollars,’ he wrote.

‘The price we’re all paying is much higher than it appears.

‘Whereas normally we’re the consumer buying a product, in this ever-changing digital world, we are the product.’ 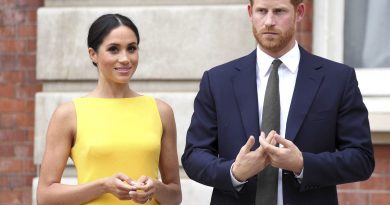 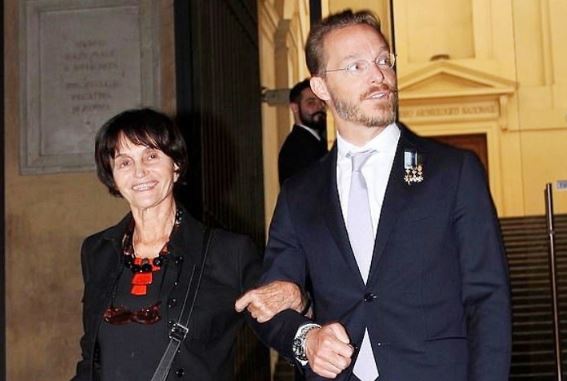