Senior Home Ministry officials in preparation said that as Prime Minister Narendra Modi addresses the country, he will be surrounded by a fifth of the guests who attended last year’s ceremony. The 140 guests coming for the Independence Day celebrations will include cabinet ministers, senior bureaucrats and Supreme Court judges. This time no VIP’s spouse has been invited and most guests will be seated below the ramparts.

A senior home department official said, “Last year there were about 800-900 guests on the ramparts. Chief among these were those who came with VVIP guests.
To ensure social distancing, this year the number of guests has been kept very low. Most guests will be seated below the ramparts. Some guests cannot bring their health concerns. ‘

Even the number of photographers present every year on the ramparts has been reduced. Only 10 photographers will be present this year as compared to 80 to 90 photographers last year. On Wednesday, the government conducted a corona test of 10 photojournalists who would be around them at the ramparts during Prime Minister Narendra Modi’s speech.

A photojournalist of the foreign press agency said that some of us who would be on the ramparts, we were told that it is mandatory to have corona test. But it is not compulsory for our colleagues who will be posted elsewhere within the Red Fort complex. I have undergone corona test and my result is negative. Explain that the corona test has been done at Ram Manohar Lohia Hospital in Delhi.

In fact, keeping the virus in mind during the Corona period, this time the soldiers stationed near the metal detector at the Red Fort will be wearing PPE kits. Those checking on the guests will also be seen wearing PPE kits. There will be hand sanitizers everywhere and it will be necessary to wear masks in the ceremony. Here too, entry will be given after seeing the Arogya Setu App.

The soldiers of the Reserve Police Force have been quarantined 15 days in advance under PM Modi’s security circle due to Corona virus. About 350 police personnel have been in quarantine in Delhi Police Complex since August 1 and 100 of them will give Guard of Honor. 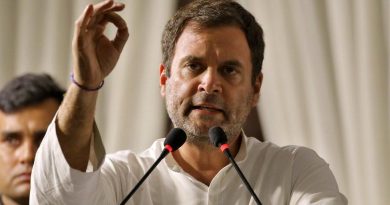 “Number Of Ministers Increased, Not Of Vaccines”: Rahul Gandhi’s Jibe At Centre