Less than 24 hours after 28-year-old Garrett Foster was fatally shot during a protest in downtown Austin, memorials for him continue to appear around the city.

Earlier on Sunday, flowers and signs mourning Foster’s life were set up in front of Austin Police headquarters and at the intersection where he was shot.

From 7 p.m. Sunday night onward, people are expected to gather for a vigil for Foster at that same intersection.

Police confirmed Sunday evening that Foster was shot multiple times after a car turned into a group of demonstrators at 4th Street and Congress Avenue. The driver of that car told police they had fired a handgun at someone who approached their driver-side window and pointed an assault-type weapon at them. Demonstrators who were present that night,  tell this driver “aggressively accelerated” into the crowd of people.

A GoFundMe account for Foster has been created, noting that he leaves behind a disabled fiancée who uses a wheelchair. The two had been at the protest Saturday night, the GoFundMe account says. As of this update, the fund has gathered more than $96,000 in donations.

The latest update from Austin Police

In a briefing for the press Sunday evening, Austin Police Chief Brian Manley confirmed Foster’s death as a result of the shooting and laid out some details on what police know so far.

Manley said that APD officers were out monitoring downtown protests when they heard two separate volleys of gunfire in the area, just as 911 received multiple calls from that area.

Officers working the protest moved to the area of the gunfire, Manley said, and found Foster with multiple gunshot wounds. Austin Police and Austin Fire attempted to resuscitate Foster, then Austin-Travis County EMS transported him to Dell Seton Medical Center.

Manley said that Foster succumbed to his wounds, and was pronounced deceased at the hospital at 10:25 p.m.

One of the people who called 911, Manley said, was a person who said that someone had approached the driver side window of the vehicle they were driving and pointed a rifle at them. The caller said they had driven away from the scene and was instructed to pull over. This caller was brought to APD’s homicide office to be interviewed, Manley said, and this person’s handgun and vehicle were secured by APD as evidence.

Manley noted that witnesses on the scene described to officers several different versions of the incident.

He summarized that witnesses told APD a vehicle began honking its horn as it turned south onto Congress Avenue from 4th Street. He said the vehicle stopped “as there were a large number of people in the roadway.”

Manley said that Foster, who was holding an AK47-type assault rifle, approached the driver side window of this car as others in the crowd began striking the car.

“Gunshots were fired from inside the vehicle at Mr. Foster,” Manley said. “During the initial investigation of this incident, it appears Mr. Foster may have pointed his rifle at the driver of this vehicle prior to being shot.”

Another individual told APD that after that first volley of gunfire and seeing this car drive away from the crowd, they drew their concealed handgun and fired multiple shots at the car. Manley said this individual was also brought to the homicide office to be interviewed, and their handgun, along with Foster’s rifle, were also taken into evidence.

Both the driver of the vehicle who fired at Foster and the individual who fired at the car later on have been released “pending further investigation,” Manley said. He also noted that both people have concealed handgun licenses.

The Travis County Medical Examiner’s office will be carrying out an autopsy to determine Foster’s cause and manner of death, Manley said.

“It is important that the community come forward and help us with this investigation,” Manley said.

Manley emphasized that those who submit tips may remain anonymous. Extraction Review: This Netflix movie shows nothing but sniper and assault rifle 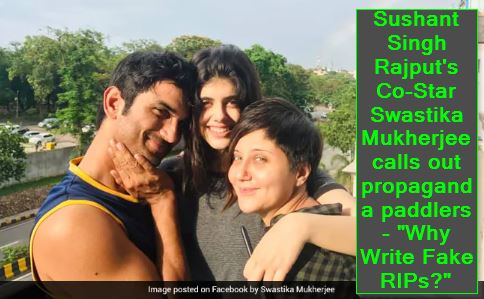