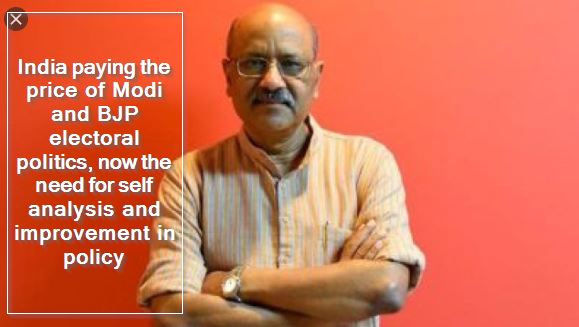 Let us first see what was good in favor of the Narendra Modi government on the strategic and foreign policy fronts. In this list, relations with America are at number one. When China has come down on the villain, then only America has spoken in favor of India, that too without any transaction or condition. This has rarely happened in India’s strategic history. We have received clear and unconditional support for the Uri surgical strike, Pulwama, Balakot, changes in Article 370 and now in every case up to Ladakh.

On the other hand, our large regional allies, mainly from the Indo-Pacific region, have stood firm with us, especially Japan and Australia. Their shared fear of danger from China connects them. Similarly, Arab countries now remain neutral in a larger perspective. Relationships with Saudi Arabia, the UAE, and Israel in particular have proved profitable. There is little problem with Turkey and Qatar, but it always has been. Is the relationship with Iran deteriorating or improving? The news is showing signs of decline. Arab countries have been neutral to India’s internal affairs (Kashmir or communalism) for the past several years, while Iran has been interfering.

Now some bad news. It is ironic that what did not go well was largely cured before that. For example, relationship to America. Among other matters, during the debate in the US Congress on issues like human rights situation in CA or CAA / NRC, the government strongly defended India, but the total relationship between the two countries remained the level of ‘small deal’ of the transaction. is. It has not reached ‘large’ strategic alliances. The reason for this is that the Modi government has been hesitating to embrace historical prejudices because of it.

Modi has not been able to break free from the old Indian hesitation. He happily went to Houston and raised the slogan ‘this time, the Trump government’, but he did not hesitate to sign a small trade deal. The absurd ideology of the Modi government and the reckless apprehension about global trade have been eclipsing India’s broader strategic interest. Nothing of mutual relations has remained untouched by this minimalism, even if it is military relations. In the last six years, India has made small purchases from the US, has not acquired any big thing nor has made any venture to develop or produce anything together.

So far we have not mentioned Russia. But when there was a setback in Ladakh, then Defense Minister Rajnath Singh first went to Russia. This shows that even after 31 years of the end of the Cold War and 25 years of economic development and now six years of Modi rule, India could not free itself from dependence on Russia in military matters. This is our failure, because today Russia has emerged as a close ally of China. If our foreign policy had been stronger, this dependence could have been reduced and India’s position would have been stronger.

Modi seems to have set high hopes from his friendship with China. It would be considered a big mistake to imagine a Chinese veteran swinging you. India is suffering its brunt. Giving a person-centered form of diplomacy only works if it is between two countries of equal strength or when you are more powerful. India adopted a childish attitude in Xi’s case. Since he slapped our mouths in Doklam, the equation has changed. It is now clear that Xi took ‘Wuhan Bhavana’ as Modi’s plea not to make any further mess and divert his upcoming electoral prospects.

Integrating Modi-BJP electoral politics into foreign policy was another major negative thing. If you have accepted Hindu-Muslim polarization as the formula for electoral victory, then ‘neglect’ of Muslims is necessary. Then it is certain that in Pakistan’s case your options are exhausted. But this increases the difficulty of the most trusted neighbor Bangladesh. Modi had made a good start in the country by entering into a border settlement with him. But the desire to win first Assam, then West Bengal elections was washed away.

You agree that after bringing Iran, Nepal and Sri Lanka under its control, China will now focus on Dhaka. For the last few weeks, there is no attempt of a ‘zero tariff’ trade agreement with him? India is paying the price of Modi-BJP electoral politics. India needs to introspect, understand the ground reality and improve its policy in terms of strategy. Especially in the case of domestic politics. Polarization of voters may be beneficial for the party, dangerous for the nation. 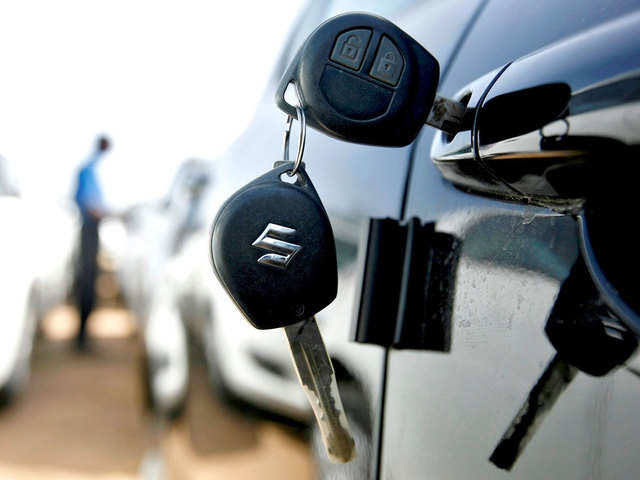 Result / Maruti’s profit up 4% in December quarter to Rs 1587 crore, growth for the first time in the last 6 quarter