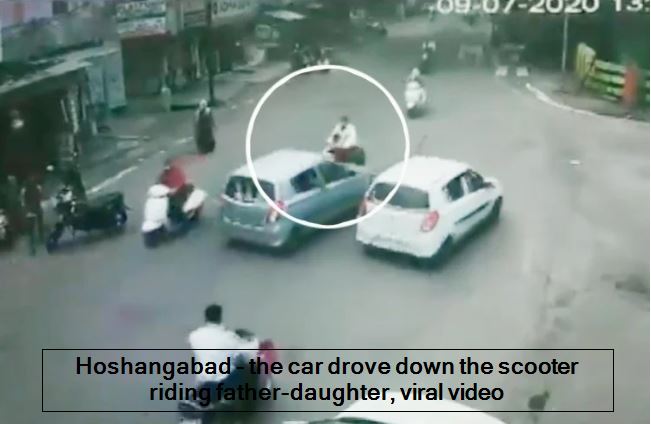 The video of Hoshangabad city of Madhya Pradesh is currently going viral on the Internet. This video is of an incident in which a car drives a scooter coming from the front. However, the scooter-ridden father-daughter narrowly escapes in this accident. This incident, captured in a nearby CCTV camera, is shocking.

In the video,
in the viral video of CCTV incident, you can clearly see that a car driver walks in front of a scooter riding his daughter and his daughter. The good thing is that even after this horrific accident, both are safe.
The collision between the car and Scooty in this creeping video is so horrific that the Scooty rider leaps into the air and flies off like Scooty. The car goes uncontrolled and overtakes.

The injured father appears in the car chasing Scooty, although the car driver escapes. While nearby people reach the child and ask her how well. The child stands near Scooty. According to the information, the father-daughter got minor injuries in this whole incident. The car driver is being identified based on the CCTV video.

There is a Shanti Niketan School nearby. It is usually busy in terms of three-way traffic. There is a lot of crowd here in the morning and evening when school is discharged. In the last few years, there has been a lot of settlement around this tiraha. The road on which the incident took place leads directly to the Collectorate in Kothibazar locality. 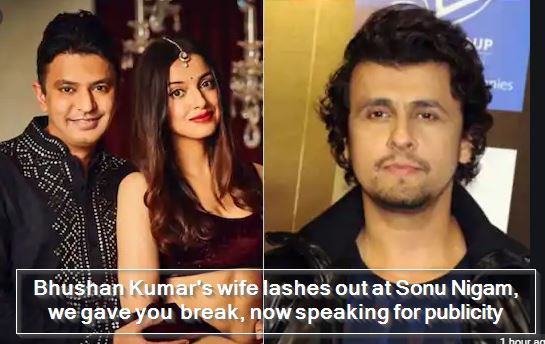 Bhushan Kumar’s wife lashes out at Sonu Nigam, we gave you break, now speaking for publicity 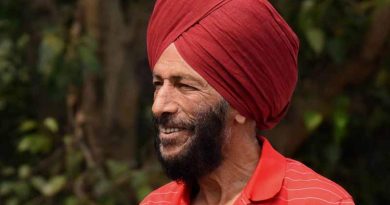 Milkha Singh Still Stable, Out Of ICU, But Wife Admitted With Covid Pneumonia