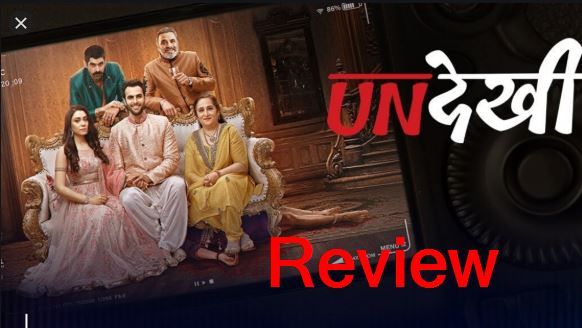 The web series ‘Undekhi’ is inspired by real events. This is probably the reason why our Joe is thinking about the stories of the screen. This web series shakes him. It is not necessary that truth always prevails. The game is about power and money. Whoever has it, his lie is also true. This series shows the failure to show the same real face of society. This series is the story of two different worlds. A community that has been tolerating injustice for years but no longer wants to tolerate injustice. A community that can murder anyone to maintain its selfishness and its dominance. The two worlds collide in the story is.

The story of the Undekhi begins with the murder of a police officer in the Sundarbans. DSP Ghosh (Dibyendu) suspects two tribal girls. Those tribal girls have gone from Sundarbans to Manali for a high-profile wedding to entertain people with dance. Ghosh also reaches Manali for them. Here one of these girls gets murdered.

The sage has proof of the murder, will he be able to punish the power-addicted Atwal family for his actions or is he making the biggest mistake by supporting the truth because not only is the police atrocious with the influential Atwal family, but also his police His friends are also against him. What will happen to Rishi and the tribal girl. This is the story of the series.

The end of the series is kept open. There is a full scope of sequels. The tremendous twist turn in the opening episode makes the story engaging. Along with this original story, there are many sub plots in the story. The good thing about writing is that by the end of the series, they are connected. Yes, many scenes have been repeated and forced.

Ignorance makes one uncomfortable despite being weak on some issues. Power play, class structure, the series highlights these issues very well. When Rinku’s character takes off the clothes of a tribal girl (Apeksha) from her friend and asks Rishi’s character that he is fighting the truth for this girl by going against him. What is the status of such girls. They have no Aadhaar or any Aadhar card. There are many such effective scenes in the series.

Acting sides are a great aspect of this series, despite not being a popular face when it comes to acting. Surya Sharma impresses in Rinku’s role. He has been successful in creating hatred for his character. Whether it is his body language or dialogue, he makes his character effective. Harsh Chhaya has appeared on screen in a different style. Seeing which makes you laugh and sometimes angry.

Apa Porwal has managed to leave her mark in the role of a tribal girl. His parts have also come up with some action sequences which he has played well. Dibyendu Bhattacharya has done a commendable job in the role of DSP Ghosh. It is not easy to work as an honest policeman in a corrupt system. He has fought this struggle with his character in a very light manner which is the specialty of his acting.

Abhishek is cast in the role of Rishi. The rest of the cast has also done justice in their role. Talking about other aspects, the dialogues have become good for Punjabi and Bangla touch. Like every other web series of digital medium, there is a lot of abuse here too. Cinematography is good. Kulmilakar Undekhi is an engaging crime thriller that makes entertainment uncomfortable as well. 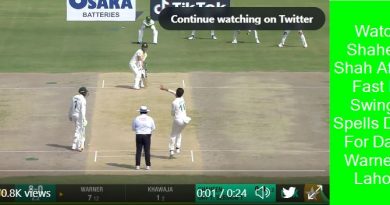