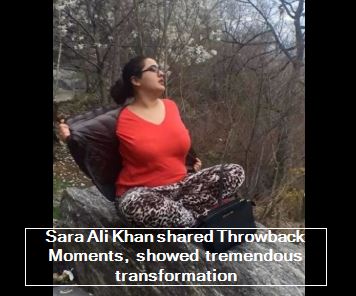 Bollywood actress Sara Ali Khan has started a series of her old videos on Instagram these days. In this series, she shares many different types of videos together. Last time, he had shared a big video by combining video clips of him while traveling in different states of India, which was greatly liked by the fans. Now he has shared a video of the transformation of his look.

In the video, Sara Ali Khan initially showed her old look, in which her weight is seen to be very high. Sara is seen to be very fat in the pictures and videos shared, but in the subsequent clips it shows how much hard work she has done on her body and how fast she has reduced her body weight. Sara Ali Khan is seen doing workouts, swimming and cycling with her brother.

The caption of this video is also written by Sara Ali Khan. Sara Ali Khan wrote in the caption of the video, “Sara ka sara se sara ka aadhi hai.” After reading the caption, it seems that Sara has lost almost half her body weight. This video of him has been viewed more than 7 lakh times in just one hour. In the comment box, the fans have praised Sara’s effort and her transformation.

Will the film be released online?

Speaking of work front, Sara Ali Khan will soon be seen in the film Coolie no. 1 will be seen opposite Varun Dhawan. However, as the shooting and screening of films are all going on due to lockdown, it remains to be seen if the makers decide to release the film on any platform like Amazon or Netflix.

I love laughing at myself, one can’t take oneself too seriously: Renuka Shahane 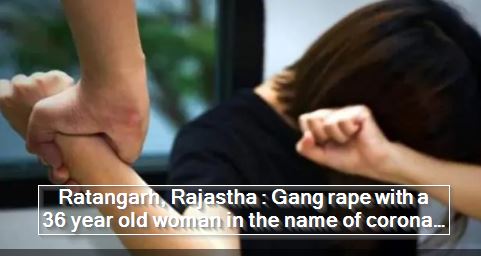 Ratangarh, Rajastha : Gang rape with a 36 year old woman in the name of corona screening, was going to Howrah on foot

I’ve been trying to normalise taboo conversations in India through my cinema: Ayushmann Khurrana