Celebrities have no shortage of rich, beautiful, of-age partners to woo, yet some of them still get entangled with partners they can’t legally take into bars. There are different shades of sketchy to this: A 21-year-old dating someone who’s 18 or 19 is a lot different than a 27-year-old dating a high school freshman or a man who’s edging 40 hooking up with a girl who’s busy thinking about her prom dress.

Psychologists explained to Bravo that there are a few reasons adults date teenagers. Older partners may want to deny their own mortality by dating a younger person, and humans are reportedly programmed to seek out young, fertile mates. “For others, it may be a longing or need to be doted upon and appreciated for their stature and significance,” psychotherapist Camilla Mager told the site. “And for others, on occasion, I do think genuine love can emerge.” Whatever the reason, these grown-up stars dated teens.

Groupie Lori Mattix alleges that music icon David Bowie took her virginity when she was 14 or 15 and he was in his mid-twenties on his Spiders From Mars tour. Mattix told Thrillist about her alleged first time with Bowie, and she also claimed Led Zeppelin guitarist Jimmy Page (then in his late twenties) was “one of the great loves of [her] life” when she was a teen.

“At that point, I was 15 and totally in love with this man … It became so serious that Jimmy asked my mom for permission to be with me,” she said. “Looking back, he had to be afraid of getting sued for being with such a young girl, so maybe he thought it would be better if he cleared it with my mother and told her he was in love with me.”

Beyonce caught Jay-Z’s eye when she was barely legal

According to Us Weekly, in The Carters’ song “713,” Jay-Z says he first met Beyoncé at MTV’s Spring Break in Cancun in 2000. That means Beyoncé would have still been a teen while Jay-Z was already in his thirties at the time.

Queen Bey also talked about their meet-cute with Seventeen (via PopSugar) in 2008. “I was 18 when we first met, 19 when we first started dating. There was no rush — no one expected me to run off and get married. I really don’t believe that you will love the same thing when you’re 20 as you do at 30. So that was my rule: Before the age of 25, I would never get married. I feel like you have to get to know yourself … before you can share that with someone else.” The pair wed in an intimate, hush-hush ceremony on April, 4, 2008. She was 26, so she apparently took her own advice

Then-25-year-old Chad Michael Murray began dating then-17-year-old One Tree Hill extra Kenzie Dalton before his annulment to One Tree Hill co-star Sophia Bush was finalized. Dalton, who plays a cheerleader on the CW staple, and Murray got engaged when she was an 18-year-old high school senior, according to the Daily Mail. “She is a little stunner,” Murray told Us Weekly in 2012. “She is a sweetheart. She is my best friend and we have been together a long time.”

They split in 2013, after a seven-year engagement. Murray rebounded with Left Behind co-star Nicky Whelan, who was actually about a year older than him, Us Weekly reported. Eventually, the actor settled down and married actress Sarah Roemer in 2015, when they were both in their early thirties.

R. Kelly has been accused of crimes involving minors

The docuseries Surviving R. Kelly (via People) claims R&B star R. Kelly had an inappropriate relationship with his protégé, Aaliyah, when she was 15 and he was 27. Kelly’s former backup singer alleged that she witnessed him having a sexual relationship with Aaliyah on a tour bus. “I was in the room when they got married. I’m not proud of that,” the former dancer claims. “I had papers forged for them when Aaliyah was underaged. It was just a quick little ceremony, she didn’t have on a white dress, he didn’t have on a tux … She looked worried and scared.”

Kelly is accused of sexually abusing several other girls in the documentary. He has denied the allegations. Aaliyah’s mother has reportedly claimed the dancer is lying, though Aaliyah’s boyfriend at the time of her death, music producer Dame Dash, has alleged that Kelly raped her.

Kangana’s big insult, Sushant Singh Rajput’s family lawyer said – ‘She is on her own trip, trying to settle her own scores’ 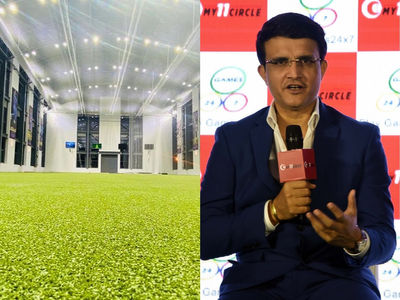