Earth Day was founded in 1970 as a day of education about environmental issues, and Earth Day 20 occurs on Wednesday, April 22—the holiday’s 50th anniversary. The holiday is now a global celebration that’s sometimes extended into Earth Week, a full seven days of events focused on green living. The brainchild of Senator Gaylord Nelson and inspired by the protests of the 1960s, Earth Day began as a “national teach-in on the environment” and was held on April 22 to maximize the number of students that could be reached on university campuses. By raising public awareness of pollution, Nelson hoped to bring environmental causes into the national spotlight.

Earth Day was a unified response to an environment in crisis — oil spills, smog, rivers so polluted they literally caught fire.

Earth Day Importance – How it started

On April 22, 1970, 20 million Americans — 10% of the U.S. population at the time — took to the streets, college campuses and hundreds of cities to protest environmental ignorance and demand a new way forward for our planet.

The first Earth Day is credited with launching the modern environmental movement, and is now recognized as the planet’s largest civic event.

By the early 1960s, Americans were becoming aware of the effects of pollution on the environment. Rachel Carson’s 1962 bestseller Silent Spring raised the specter of the dangerous effects of pesticides on the American countryside. Later in the decade, a 1969 fire on Cleveland’s Cuyahoga River shed light on the problem of chemical waste disposal. Until that time, protecting the planet’s natural resources was not part of the national political agenda, and the number of activists devoted to large-scale issues such as industrial pollution was minimal. Factories pumped pollutants into the air, lakes and rivers with few legal consequences. Big, gas-guzzling cars were considered a sign of prosperity. Only a small portion of the American population was familiar with–let alone practiced–recycling.

Every year on April 22, trees are planted, litter is cleaned up, and awareness for the issues plaguing the planet are raised. In honor of the holiday, now in its 48th year, we’ve gathered together 10 fascinating facts about Earth Day.

Senator Gaylord Nelson arrived in Washington in 1963 looking to make the fledgling conservation movement, sparked in part by Rachel Carson’s New York Times Bestseller Silent Spring, a part of the national discourse. After witnessing the aftermath of an oil spill in California in 1969, Nelson doubled down on his commitment to raising environmental awareness. Drawing inspiration from the energetic anti-war movement of the time, he enlisted support from both sides of the political spectrum, and on April 22, 1970, Earth Day was born.

In 1963, Gaylord Nelson proposed a “conservation tour” to Attorney General Robert F. Kennedy and Arthur Schlesinger, a member of President Kennedy’s “Best and Brightest” cabinet. Schlesinger privately endorsed the idea to the President, while Nelson wrote a direct memo to Kennedy, a bold move for a freshman senator from Wisconsin. Kennedy, however, was incredibly receptive, and on September 24, 1963, JFK embarked on a conservation-themed multi-state tour. The President, accompanied by Secretary of the Interior Stewart Udall, Secretary of Agriculture Orville Freeman, as well as Nelson and a few additional senators, visited 11 states in five days. Nelson was disappointed in the President’s speeches, saying they “didn’t have much sweep or drama to them.” In addition, members of the press ignored environmental issues and instead focused their questions on the tense nuclear situation with the Soviet Union. It would be another seven years until Earth Day became a reality.

The first Earth Day marked a strange combination of boisterous rallies and sober reflection on the state of the planet. Protests, demonstrations, fundraisers, nature walks, speeches, concerts, and every sort of civic gathering imaginable took place at colleges, VFW halls, public squares, and parks across the United States on April 22, 1970. Environmental crusaders found themselves thrust into the limelight, and pop culture icons like poet Allen Ginsberg were asked to speak on behalf of Mother Earth. Some of the more colorful displays of the day included mock trials for polluting objects, like an old Chevrolet, which was sentenced to death by sledgehammer. (The car ultimately survived the beating and was donated to an art class.) In New York City, Earth Day celebrations effectively shut down parts of the city. Twenty thousand people packed into Union Square to see Paul Newman and hear a speech by Mayor John Lindsay, who arrived on an electric bus.

To head up the Earth Day project, Senator Nelson enlisted Denis Hayes, then a graduate student at Harvard University. As national coordinator, Hayes recruited a staff of 85 energetic young environmental crusaders and grassroots organizers, along with thousands of field volunteers, in order to promote the fledgling holiday across the nation. The team knew that in order to gain the most traction, college students would need to play a central role, as they did in the Vietnam protests of the era. The date that Hayes selected for the first Earth Day was calculated choice: April 22 on most college campuses falls right between Spring Break and Final Exams.

, the first Earth Day faced staunch opposition from conservative groups like the John Birch Society, who claimed that the event was a thinly veiled attempt to honor the 100th anniversary of the birth of Vladimir Lenin. In addition to detractors on the far right of the political spectrum, bleeding-heart environmental crusaders weren’t satisfied either. Earth Day, they claimed, simply served as a distraction from the more pressing social issues of the day. Journalist I.F. Stone said, “The country is slipping into a wider war in Southeast Asia and we’re sitting here talking about litterbugs.” Critics of the holiday also point to the trend of “greenwashing,” an attempt by corporations with poor environmental track records to appear conscientious if only once a year.

Students assemble a globe on the National Mall in Washington D.C. in 1995. Getty

With bipartisan support in Congress and thousands of civic demonstrations across the country, support for environmental reform in 1970 was undeniable. According to the EPA, “Public opinion polls indicate that a permanent change in national priorities followed Earth Day 1970. When polled in May 1971, 25 percent of the U.S. public declared protecting the environment to be an important goal, a 2500 percent increase over 1969.” The 1970s saw the passage of the most comprehensive environmental legislation in U.S. history, including the Clean Air Act, the Water Quality Improvement Act, the Endangered Species Act, the Toxic Substances Control Act, and the Surface Mining Control and Reclamation Act. In addition, just 8 months after the first Earth Day, Richard Nixon approved the creation of a new organization tasked with monitoring the nation’s natural assets: the Environmental Protection Agency.

Earth Day Facts 7. ALTHOUGH IT BEGAN AS AN AMERICAN MOVEMENT, EARTH DAY IS NOW AN INTERNATIONAL PHENOMENON …

In 1990, Earth Day expanded to include countries and peoples across the globe, with 200 million people in 141 nations getting involved. A decade later, at the turn of the new millennium, Earth Day shed light on the emerging Clean Energy movement and expanded its reach, spreading to 184 countries with the help of 5000 environmental organizations. Global activities included a massive traveling drum chain in Gabon, Africa and an unprecedented gathering of hundreds of thousands of concerned citizens at the National Mall in Washington, D.C. According to Earth Day Network, after 40 years, more than 1 billion people participate in Earth Day activities, making it the largest secular civic event in the world.

Thai students paint a wall at the U.S. embassy in Bangkok for Earth Day, 2005. Getty

Earth Day is now observed around the world, albeit under a different name: In 2009, the United Nations General Assembly decided to designate April 22 as International Mother Earth Day. The symbol of Mother Earth serves as a common metaphor and representation of our planet in many countries and cultures. In the United States, the holiday is still commonly referred to as Earth Day.

During the Apollo 14 moon mission in 1971, astronaut Stuart Roosa brought with him hundreds of tree seeds including Loblolly Pine, Sycamore, Sweetgum, Redwood, and Douglas Fir. Roosa was a former smokejumper for the U.S. Forest Service, and he transported the seeds in his personal effects as a tribute to his former employer. Roosa and his seeds orbited the Moon 34 times in the command module Kitty Hawk. Scientists were curious whether or not exposure to the microgravity of space would impact the growth of these seeds when returned to Earth.

The experiment seemed like a lost cause when, during the post-mission decontamination process, the seed canisters broke open and the seeds were thought to be useless. However, most of the tree seeds were still fit for germination and were successfully planted and cultivated. These trees were planted around National Monuments, as well as in sites all over the world. After decades of growing side-by-side with their Earth cousins, the Moon Trees showed no differences at all. On Earth Day 2009, NASA, in partnership with the United States National Arboretum and American Forests, planted a second generation Moon Sycamore on the arboretum’s grounds in Washington, D.C.

Earth Day Facts 10. IN PREPARATION FOR EARTH DAY’S 50TH ANNIVERSARY IN 2020, A NEW ENVIRONMENTAL THEME WILL BE ANNOUNCED EVERY YEAR FOR THE NEXT FIVE YEARS.

For Earth Day 2016, the environmental theme of choice was trees. The Earth Day Network has announced the ambitious plan to plant 7.8 billion trees over the next five years. Trees are essential tools in the fight for a cleaner, sustainable environment. According to the Earth Day Network, in one year a single acre of mature trees absorbs the same amount of carbon dioxide produced by driving the average consumer car 26,000 miles. Nearly 8 billion may seem like a daunting number, but similarly ambitious plantings have been undertaken in the past. Earth Day 2011 saw the planting of over a million new trees in Afghanistan.

The theme for Earth Day 2017 is Environmental and Climate Literacy and seeks to increase knowledge amongst voters and work to advocate for climate laws and policies that will accelerate green technology, jobs, and environmental protection.

The first Earth Day in 1970 launched a wave of action, including the passage of landmark environmental laws in the United States. The Clean Air, Clean Water and Endangered Species Acts were created in response to the first Earth Day in 1970, as well as the creation of the Environmental Protection Agency (EPA). Many countries soon adopted similar laws.

Earth Day continues to hold major international significance: In 2016, the United Nations chose Earth Day as the day when the historic Paris Agreement on climate change was signed into force.

Earth Day continued to grow over the years. In 1990, it went global, and 200 million people in 141 countries participated in the event, according to the Earth Day Network.

Earth Day 2000 included 5,000 environmental groups and 184 countries. Hayes organized a campaign that focused on global warming and clean energy. “The world’s leaders in Kyoto, Japan, in late 1997, acknowledged the scientific fact that the leading cause of global warming is carbon emissions from fossil-fuel consumption, and that something must be done to address those rising emissions,” Hayes told National Geographic.

In 2010, for the 40th anniversary of Earth Day, 225,000 people gathered at the National Mall for a climate rally. Earth Day Network launched a campaign to plant 1 billion trees, which was achieved in 2012, according to the organization.

Today, more than 1 billion people across the globe participate in Earth Day activities, according to EDN. 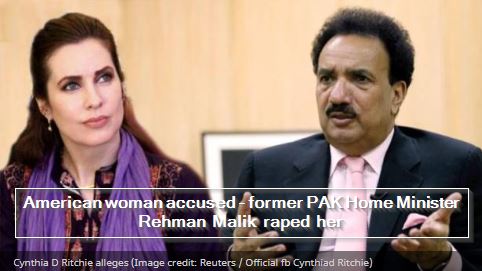