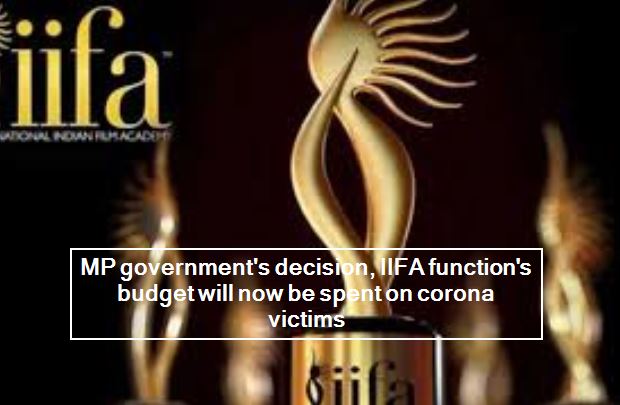 Bhopal. The amount of money that the Madhya Pradesh government was going to spend for the IIFA ceremony, now the same money will be used to help the corona victims. Chief Minister Shivraj Singh Chauhan said on Friday 10 April that a large number of corona victims will be helped by this fund. CM also instructed the administration to ensure proper supply of essential things. Significantly, the budget of about 35 crores was fixed by the government.

Chief Minister Chauhan reviewed the preparations being made to tackle the Kovid-19 crisis on Friday. He said in the video conferencing with the officials that the IIFA award was planned as a major event in the state. However, in today’s conditions, the amount spent in the mega event will be transferred to the Chief Minister’s Relief Fund.

Chauhan reviewed the readiness to deal with corona and its prevention and said that areas with signs of corona virus infection are being made hot spots. That area is being completely sealed. The Chief Minister has instructed the administration to take care of the supply of essential items like milk, medicines. There are 18 districts affected by Kovid-19 in the state. Bhopal, Indore and Ujjain have been completely sealed. The remaining 15 districts are also being sealed.

In the review meeting, the officials told the CM that a total of 46 hot spots have been identified in the state, including 8 in Jabalpur, 6 in Gwalior, 5 in Chhindwara, Khargone and Barwani, four in Dewas, three in Hoshangabad, Khandwa and Vidisha. Two places each have been sanitized in Morena, Shivpuri, Betul, Sheopur, Raisen and Dhar.

The entire event was worth 700 crores

It is said that around 700 crore was estimated to be spent on this entire event, including many industries, many companies, advertising companies. Of this, the Madhya Pradesh government had also fixed its share of 35 crores.

Reversal of Congress, said this white lie of Shivraj

Here, Congress spokesperson Narendra Saluja has said in a tweet that Shivrajji is promoting that the government is transferring the IIFA Awards fund to the CM aid fund and it will be used for the Corona affected people. What a white lie. Now ask them that no funds were allotted or given by the previous government, so how is this transfer done?

Kareena Kapoor says ‘famous personality’ confronted her about naming son Taimur, hours after his birth; left her in tears

Vishal-Shekhar distance themselves from Deedar De remix, say they were credited ‘only because we composed the original’