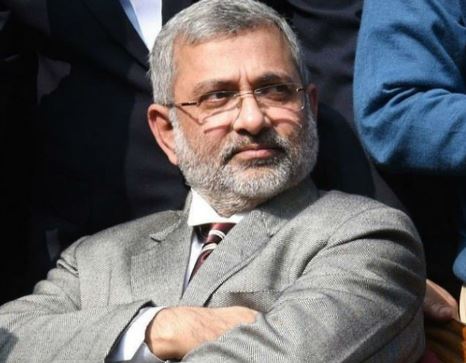 new Delhi. Former Supreme Court Justice Kurian Joseph has questioned the execution of Nirbhaya convicts. Justice Kurian asked on Wednesday whether hanging such convicts will reduce such crimes. He said that such convicts should be sent to jail forever. In this way, society can be told that if anyone indulges in such crimes, he will be behind bars forever. He said that people will forget the crime if hanged.

Justice Kurian cited the example of the Supreme Court’s decision in the Bachchan Singh case. He said that the Supreme Court had said in this case that the death sentence should be given only when the case is rarest and there is no other option for sentencing.

The Rajya Sabha nomination of Ranjan Gogoi was also questioned.
Justice Kurian Joseph was also surprised at the nomination of former CJI Ranjan Gogoi to the Rajya Sabha. He said that he was surprised that the CJI, which had ever shown such courage for the fairness and independence of the judiciary, compromised the principle of independence. He had said that by accepting the Rajya Sabha nomination, the former CJI has shaken the common man’s confidence in the independence of the judiciary and that freedom is at the core of the Constitution of India. He said that this incident has created a perception among the people that a section of judges present in the judiciary has either remained impartial, or is working on future plans.

Nirbhaya convicts of gang rape and murder are constantly adopting new maneuvers to avoid hanging. The wife (Punita) of Akshay Kumar Singh, one of the four convicts, filed a divorce petition in the court of Aurangabad district of Bihar on Tuesday. She said in the petition- My husband is going to be hanged on March 20. I do not want to live like a widow. My husband is innocent. I want our divorce legally before hanging. The court has adjourned the hearing of the case till March 19. The convicts Pawan, Akshay and Vinay have appealed to the International Court of Justice (ICJ) to ban the hanging.

To be hanged on March 20

The Tihar Jail administration has started preparations to hang Nirbhaya’s culprits. Pawan Jallad, a resident of Meerut, Uttar Pradesh, reached Tihar Jail on 17 March. The dummy will be hanged and tested on March 19, a day before the hanging. According to the new death warrant, all the convicts of Nirbhaya will be hanged at 5.30 am on March 20. The jail authorities have informed the family of the convicts. Mukesh, Pawan and Vinay have met their family. No member has come to meet Akshay’s family yet. However, jail authorities have written a letter to his family saying that they can meet him one last time if they want.