After 22 Congress rebel MLAs said they were unable to return to Bhopal due to security concerns, Madhya Pradesh CM Kamal Nath wrote to Home Minister Amit Shah and promised to provide them with security upon their return,

As a political storm brews in Madhya Pradesh, Chief Minister Kamal Nath has written a letter to Home Minister Amit Shah demanding the rescue of the 22 MP MLAs.

After former Union minister Jyotiraditya Scindia quit the Congress, 22 party MLAs, including six ministers – most of them said to be his supporters – resigned from the assembly, pushing the Kamal Nath government in a major crisis. Out of 22 rebel MLAs, 19 are camping in Bengaluru.

Commenting on the crisis, Kamal Nath wrote to Amit Shah and said that the MLAs are demanding CRPF protection.

The rebel MLAs who have resigned from the Congress in support of former union minister Jyotiraditya Scindia have sent a letter to Madhya Pradesh Governor Lalji Tandon and demanded security. They sent an email to Tandon, saying they were unable to return to Bhopal due to security concerns, sources said.

In his letter to Home Minister Amit Shah, Kamal Nath said that as CM of the state it was his duty to ask for adequate security for the MLAs.

He said that if the 22 MLAs are rescued by the Karnataka Police, he will ensure they are provided security so that can meet the MP assembly speaker without any hesitation.

In the letter, Kamal Nath also held the BJP responsible for the political turmoil in the state.

He said that the entire episode started on March 3 and several videos and photos from the period show Congress MLAs with BJP leaders which indicates that it was a “conspiracy hatched by the BJP” and that their expenses in Bengaluru were being borne by the Karnataka unit of the BJP.

On Friday, the 22 MLAs reached Bengaluru airport for flying back to Madhya Pradesh but dropped the plan at the last minute following a security scare at Bhopal where a large number of Congres and BJP workers clashed. 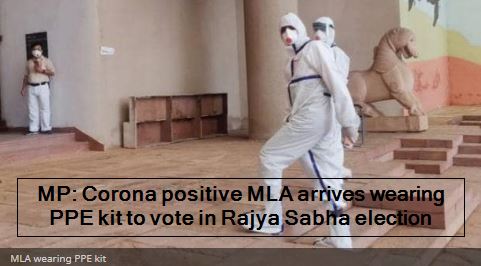 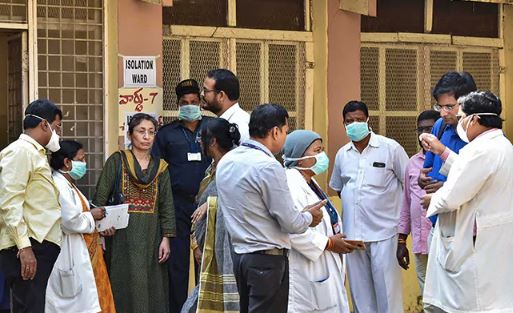 Fearing He Had Coronavirus, Andhra Man Locked Family At Home, Killed Himself