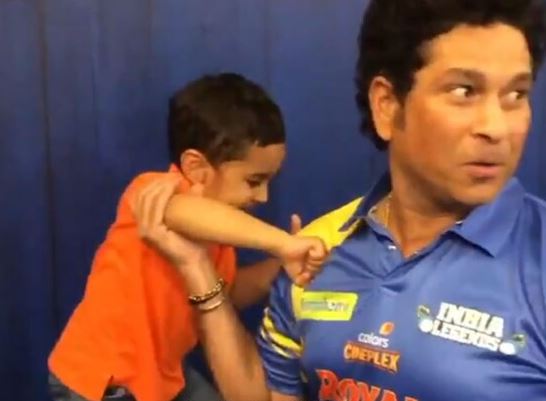 Former Indian batsman Sachin Tendulkar on Sunday was seen in a playful mood with Indian cricketer Irfan Pathan’s son, Imran. Master Blaster Tendulkar commented on a video tweeted by Pathan, in which he was seen engaged in a hilarious “boxing” match with the kid. He captioned the video: “Always fun hanging out with little kids. Your muscles will one day definitely be bigger and stronger than mine and your father’s, Imran. Grinning face @IrfanPathan.” Currently, Tendulkar and Pathan are participating in Road Safety World Series. Road Safety World Series, a five-nation T20 cricket tournament, will showcase some of the biggest names in cricket from India, Australia, Sri Lanka, West Indies, and South Africa.

The main aim of the series is to create awareness about road safety and change people’s mindset towards their behaviour on the roads.

In the opening match on March 7 of the tournament, India Legends secured a massive seven-wicket victory against West Indies Legends.

Australia Legends will take on Sri Lanka Legends later in the day in the second match of the Road Safety World Series.

Nevada sheriff tells library not to call 911 if they support BLM: ‘To support this movement is to support violence’ 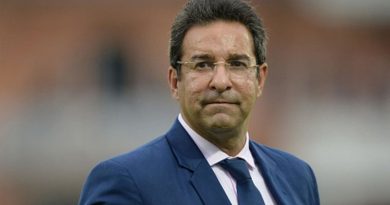 Wasim Akram On Why He Doesn’t Want To Coach Pakistan