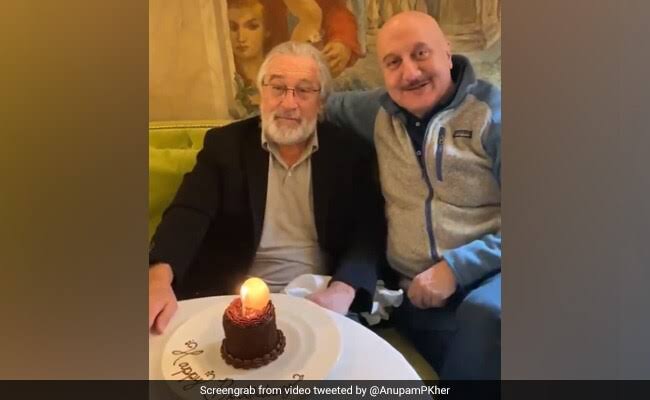 Anupam Kher turns 65 on Saturday. He celebrated his birthday in New York with legend Hollywood actor Robert De Niro. Kher has also shared some glimpses of this celebration on his Instagram and Twitter handle. He called Nero the ‘God of Acting’.

Both veteran actors last shared screen space in the 2012 film Silver Linings Playbook. Sharing the celebration video, Kher wrote, “Nothing could be more magical for an actor than spending time with God of Acting Robert De Niro on his birthday, I am grateful that De Niro accepted my lunch invite.” It says that the father of anything can happen.

Nero first won an Oscar in the Best Supporting Actor category in 1975 for the film The Godfather: Part 2. In addition, he won an Oscar in 1981 for ‘Raging Bull’ in the Best Actor category. Apart from this, he has also been nominated for the Academy Award 6 times. At the same time, Anupam Kher, who has appeared in many Hollywood movies, has been nominated at the Bafta Awards for ‘The Boy with Topknot’.